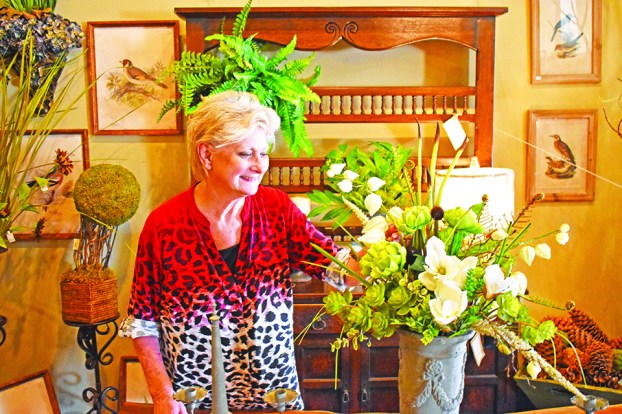 WEST POINT — Walking through downtown West Point after a meal or trip to New Horizon Theatre, one might come across a storefront with massive windows showing off glimpses of the vast assortment of products within. The sign above reads “Sweet Georgia Brown,” and walking through the doors reveals a labyrinth of shelves, tables and furniture covered with antiquities from near and far.

The antique store was opened by Emile Earles, a Fairfax native who calls West Point her home. Earles opened the store in 2005 to “bring something new” to the area and offer imported and other specialty items to the people of the Greater Valley Area.

Although the establishment shares the name with the familiar 1925 jazz song, West Point’s Sweet Georgia Brown got its name from Earles’ mother.

“My mother was Georgia Brown, so we called her Sweet Georgia Brown because she was something else,” Earles said, a smile spread across her face. “The name just kind of stuck.”

Earles has over 35 years of business experience, owning several other businesses in Tuscaloosa. When driving down the road one day, she heard a divine voice tell her to open up a store in West Point, Ga., and name it after her mother.

“I said ‘What, what. I live in Tuscaloosa, how am I going to do that,” Earles said. “And it just happened.”

Sweet Georgia Brown offers a variety of products and services including antiques from France and England, rugs from around the world, women’s fashion items from across the Southeast and jewelry of every caliber. According to Earles, customers commonly say it seems like a store one would find in Atlanta or Birmingham.

“I’ve heard that so many times,” Earles said. “People walk in and they’re like ‘Oh my gosh, I didn’t expect this.’”

According to Earles, business stays steady throughout the year, dipping in the summer but hugely ramping up before Christmas.

“We really do well with holiday decorations. We did a lot of houses this past Christmas.” Earles said. “We decorate the store with around eight Christmas trees and there is always non-stop business.”

They also decorate houses for people, working with contractors to get everything done. Earles lays out the design after seeing the house and buys all of the necessary products.

“From the outside, to the inside, to the Christmas trees, to the mantle, to the tables, you know, we just go around and do the whole house,” Earles said.

One house in the Auburn-Opelika area decorated by Earles and her team will be featured in the 2018 Christmas issue of “Cottage Journal,” a Southern decorating magazine.

Earles anticipates Sweet Georgia Brown could see an expansion, even into online marketplaces.

VALLEY — Recent rainy weather has slowed down the pace of work this summer, but there’s still plenty of time... read more