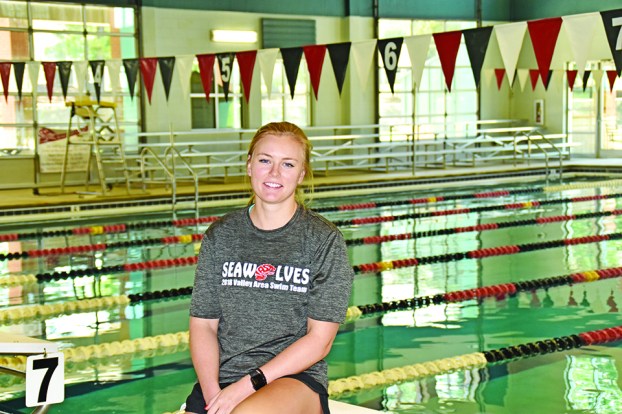 VALLEY — From noon to 3 p.m. EDT. next Wednesday, residents from the Greater Valley Area are invited to swim in the pool at the Valley Community Center for free.

The pool, which is typically reserved for Community Center members, will first open to seniors from 11 a.m. until noon EDT.

“It should be a good time,” Aquatics Director Carly Howell said.

A new water basketball goal will be put up near the pool for the free swim. The goal will be in the shallow end, so children who can’t swim can still enjoy the game.

Howell began working at the Valley Community Center last October. She’s originally from Auburn and she was a part of the Campbell University women’s swimming & diving team from 2012-2016. In the 2014-15 season, Howell, who was then Carly Bowles, set a school record in the 50 breaststroke with a 29.81 time at the CCSA Championships.

Howell came to Valley after working with the aquatics team in Opelika after graduating in 2016. One of the highlights of her newest gig is the events, she said.

“We try to have an event every season,” Howell said. “I am the swim coach as well and we are actually hosting the district championship this year.”

The district championships, which are going on July 13-14, are expected to host 800-1,000 people at the Community Center.

Another positive from Howell’s job is witnessing the progress of the children she coaches.

“With our Parks and Rec program, we try to promote first-year swimmers,” Howell said. “So just to see a kid who doesn’t really know any of the strokes or can hardly make it one length of the pool, 25 yards, to now coming to the end of the season, getting to see them swim eight laps of the pool without stopping. It’s definitely a life skill and a good skill to have.”

Howell visited local schools before the academic year ended emphasizing the importance of water safety and learning how to swim. Picking up swimming skills are crucial for people who live in the Greater Valley Area near the Chattahoochee River and the West Point Lake.

The aquatics manager not only works with the youth in the area but adults as well.

“It’s pretty cool to see an older adult come in who is terrified of the water and then by the end of the two-week period actually knowing how to swim and having the basic life-saving skills,” she said. “It’s very encouraging after seeing them come in with the initial fear of water. For them to overcome it is a great feeling to have.”

Later that night will be fireworks. The show will begin at dark and parking will be available all throughout the Community Center, SportsPlex and along the double drive on Fob James Drive.

Locals get a chance to play