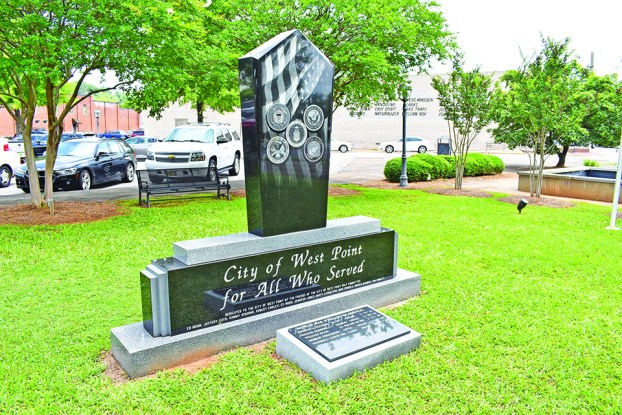 WEST POINT — Local World War II veteran Jim Nix recently had a memorial created for five West Point men who died and one who was taken prisoner during wartime.

This upcoming Tuesday, June 19 at 11 a.m., Nix will be holding a memorial service and monument unveiling at J. Smith Lanier II Park in West Point for the men who gave their lives for the country.

“These men have not been memorialized yet,” Nix said. “Knowing them and knowing their families and having a personal relationship with them, I just felt like it was time that they be remembered in a way that the public can see.”

Nix plans to have a prayer before recognizing those memorialized, their families and all West Point veterans. A moment of silence will be held for each of the six men on the monument. Point University’s Musical Director Mike Daniel will play “Military Taps” to conclude.

Nix extends an invitation to everyone in the Greater Valley Area to attend, and has specifically invited city officials, members of the police department including the new chief and all those who might have known the fallen soldiers.

Nix started work on the memorial two years ago and had it made himself. He made sure to include the due diligence on the project, as it holds personal value to him. One of the men memorialized on the monument is his older brother, Wendell Lloyd Nix, who served in the United States Army Air Corps.

“I’m a veteran myself and I’ve seen an awful lot of this kind of thing and experienced it first hand, this being my brother’s name here too,” Nix said. “He was so young, healthy and a handsome, big strapping boy.”

Wendell was just 18 months older than Nix. He died training to fly bombers.

The public is invited to the event.