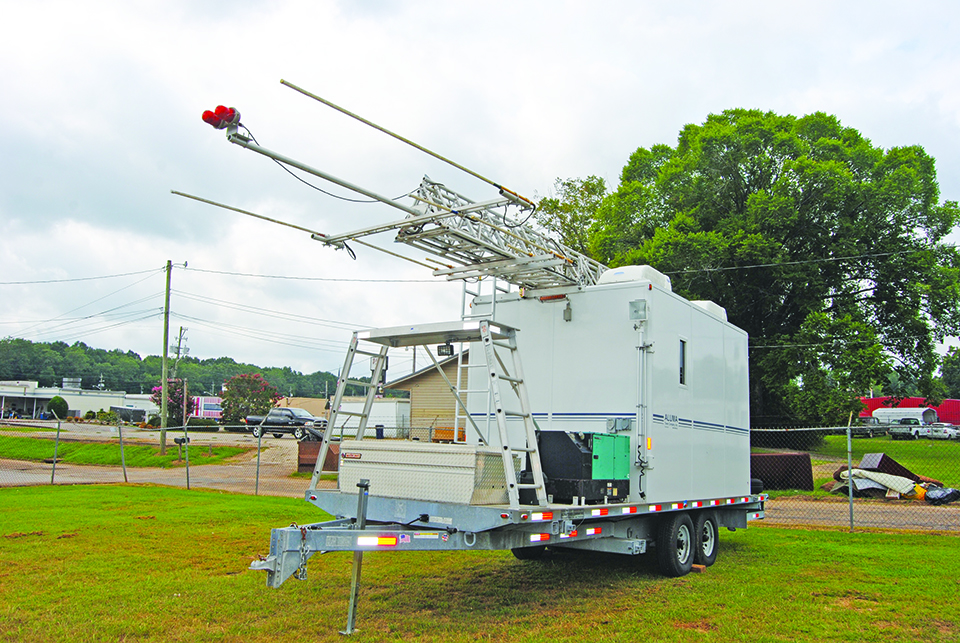 LANETT — The Chambers County Commission’s Rules, Ways and Means Committee has voted unanimously to provide up to $20,000 for needed upgrades on a self-supporting trailer and tower system the Chambers County Emergency Management Agency recently acquired at no cost from the Etowah County EMA.

Chambers County 9-1-1 Director Donnie Smith talked with the committee about this at a Tuesday morning meeting at the office of County Attorney Skip McCoy in downtown Lanett.

“It’s a $200,000 piece of equipment, and we got it for free,” Smith said. “Etowah County purchased it from the Department of Homeland Security in 2008. Its 100-foot tower has never been erected. There are no scuff marks on it. The generator has only 100 hours on it, and that’s from testing.”

The self-supporting tower system can quickly go into service in the event of an emergency, such as the county’s current tower being damaged in a storm or struck by lightning. It is literally a cell on wheels and has been given the nickname COW. It is a shelter on wheels and has a telescoping tower that can be erected up to 100 feet. It has at least $50,000 worth of electronic equipment on it. The $20,000 expense the full Commission will be asked to approve is needed to upgrade the current equipment to 2018 standards. It hasn’t been upgraded since it was new in 2008.

“I think we can get it to top-notch, A-1 shape,” Smith said. “We are one lightning strike away from being out of service. With this piece of equipment we can be up and running in an hour.”

Smith and four members of the 9-1-1 staff have been trained in operating the mobile tower unit.

“I think it would be good to have cross training with other departments,” Commissioner Debbie Wood said.

Smith said the unit could have the county’s Strength Woven In brand displayed on it.

“It will look good in Christmas parades and when we go to other counties for mutual aid,” he said.

“It’s something we hope we never need, but if we do need it for some reason, it will get the job done,” Commissioner Joe Blanks said.

“I don’t see how we can go wrong with this,” said Commission Chairman Charlie Williams.

Smith said the unit would be kept at the 9-1-1 center in Huguley. There will be a need to keep it under some kind of shelter.

The committee discussed the upcoming branding budget. Under consideration is the placement of lighted signs at county facilities. They cost around $10,000 each and have digital messaging capabilities. The first one will be going up in front of the county annex office in Lanett. These signs are part of the county’s branding campaign and getting out the Strength Woven In theme.