City of Lanett project ahead of schedule 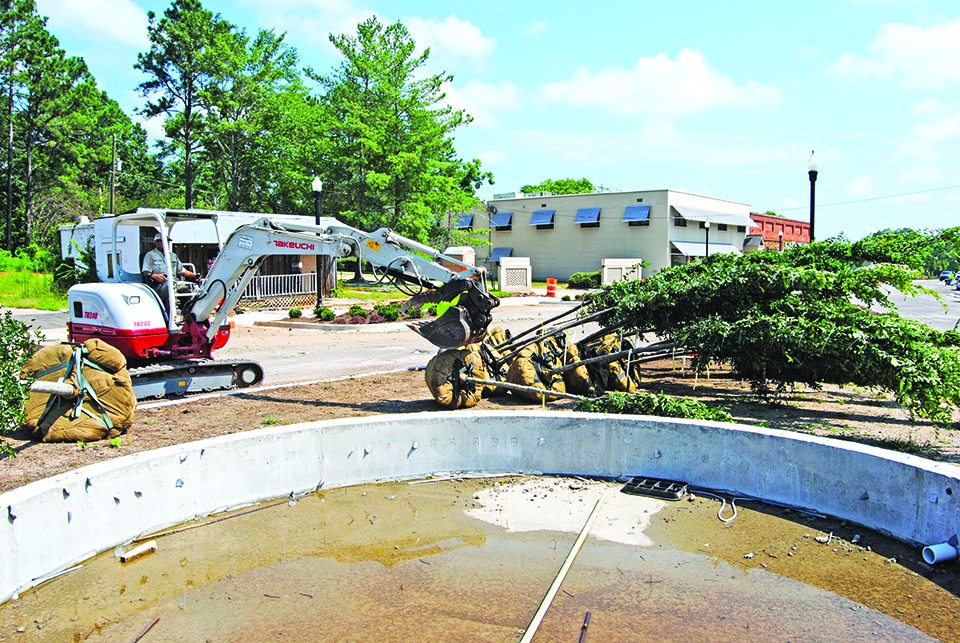 QUICK WAY TO PLANT TREES — A mini excavator comes in handy if there;s a need to plant large trees. On Thursday, a number of them were planted as part of the downtown streetscape project in Lanett. Frank Ponder IV and workmen from Ponder’s Nursery had little trouble in getting 20 bosque elms to their designated spots and getting them planted.

LANETT — The streetscape project in downtown Lanett is running ahead of schedule. According to Planning and Development Director Tony Chandler, 85 percent of the work has been done on the current phase with 64 percent of the contract days expired. Phase II, or the portion of North Lanier Avenue that runs from the bridge over Tanyard Creek to just past the Jane Farrar Event Center, is completed and work is now under way on Phase I of the downtown district.

“We did Phase II before Phase I because of the funding,” Mayor Kyle McCoy said. “Phase II is a Community Development Block Grant (or CDBG). It’s a federal grant we were allowed to administer. Phase I, or the downtown area, is a TAP grant that’s administered by the state. It takes longer to do it that way.”

“Once we have done all the cuts to feed the fountain, we’ll get the paving done,” McCoy said. “We’ll also be putting in another concrete crosswalk across First Street. It will be on the west side of the fountain just down from the school administrative office.”

There’s also some sidewalk work to be done on east-side approach to downtown near Jackie’s Beauty Shop.

The downtown area already looks dramatically different. It should be most impressive when a new fountain is installed on the triangle, the Bluffton-Lanett historical marker is put back up and all the overhead lines are either underground or behind the downtown buildings.

“This project is really going to be pretty,” the mayor said. “It’s going to be something everyone will be proud of. Over time, people will notice such details as better rainwater runoff. The trees we are planting today, the Bosque elms, are ideal for where we live. They have deep root systems and won’t mess up the sidewalks. They are beautiful trees. We may not live to see it, but one day these trees will have a canopied look. We hope that people will be able to see the downtown area and realize a lot of thought was put into it.”

“We want what we’re doing to look good and to be functional,” Chandler said. “We want all our utilities to be in good working order before we pave the street. We don’t want to pave it and then dig it up six weeks later.”

Phase III is scheduled to go out for bids in September.

“We want to have everything finished in the downtown area by then,” McCoy said.

Phase III will extend along the west side of North Lanier Avenue from the Tanyard Creek bridge to the state line. Phase IV will do the west side. A $440,000 grant has been approved for Phase III. It will be similar to the first two phases with pedestrian lighting and brick work but will have a design that adapts to the terrain and provides substantial accessibility to the businesses that are located there.

A big part of Phase III, said Chandler, will be to address the drainage issues that have long plagued that portion of the street.

There will likely be a new, bigger fountain on the triangle. The old one may be located in Dean Park, across the street from city hall.