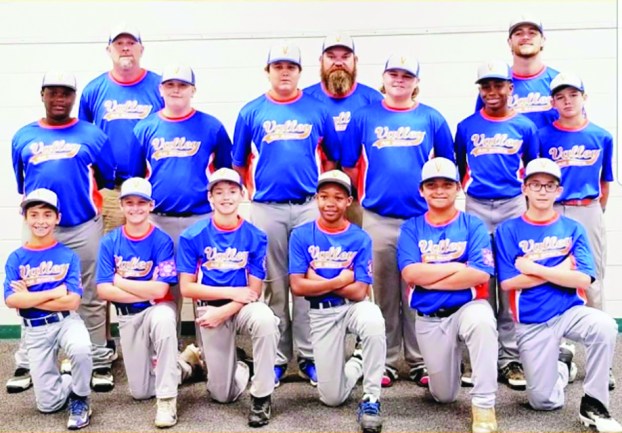 VALLEY — For the Valley Sportsplex youth baseball league, this past season has been fruitful.

The league is sending four teams to the state tournament just weeks after having one team finish up state tournament play. Toward the beginning of summer, All-Star teams from each age group were selected and those teams played in district tournaments before qualifying on the state level.

AAA, which is the name of the 9- and 10-year-old boys team, went undefeated at the sub-district tournament at Reeltown on June 14 and the district tournament in Russell County on June 21. The team now heads to Eufaula on July 13-14.

The team has been backed by solid pitching and defense as well as timely hitting. AAA’s on-field chemistry can be attributed to a lot of the  same teammates having prior seasons of playing together.

“It plays a big factor because they’ve played together and been around each other,” League organizer Mark Hudmon said. “They’re really just buddies, they play together and they know what each one of them can do.”

Dixie Majors, the 11- and 12-year-old boys team, placed third in the district tournament in Valley on June 22, which qualified them for the state tournament. The team will head to Montgomery to play on July 13-14. Many players on the team have been together for the last six years, Hudmon said.

The team has been anchored by 12-year-old pitcher Trevor Rudd, who only gave up one unearned run in a win against Beauregard in the district tournament.

The Valley seven and eight-year-old girls automatically qualified on the state level because there weren’t enough teams to create a district tournament. The team will be joining the 9- and 10-year-old girls at the state tournament in Childersburg on July 13-14.

“It’s going to give them some experience,” Hudmon said. “They’ve been sitting here all summer playing each other, so getting to play different teams from out of town will be the biggest part. This is going to bring them some experience and that’s what we need here with young girls looking forward to next year.”

The 7- and 8-year-old boys Machine Pitch team finished as the runners-up at its state tournament in Tuskegee on June 22. After July 14, the season for the entire Valley league will officially be over.

“Our league went really well this year,” Hudmon said. “It was competitive and when your league’s competitive, it doesn’t make picking All-Stars so easy. The 7- and 8-year-olds who came in and have never played on machine pitch went from tryouts to the end of the season, improved so much adjusting to that machine pitch. Then our 11- and 12-year-olds, you’re just glad to see those guys who have played with us forever get to the point where they can finish up and they’re looking forward to playing middle school ball.”

Many of the 11- and 12-year-old players in the league tried and made the W.F. Burns Middle School team, according to Hudmon.

“Just to see those kids accomplish something like our nine and 10s [year olds], they went through two tournaments undefeated, it just makes you proud of them,” Hudmon said. “It just tells you a little bit about your league. How well your league was, how competitive it was.”

VALLEY — The Beulah cheerleading program only goes to one camp a year. A couple of weeks ago at Auburn,... read more