Groups pleased with A Day for the Veteran response 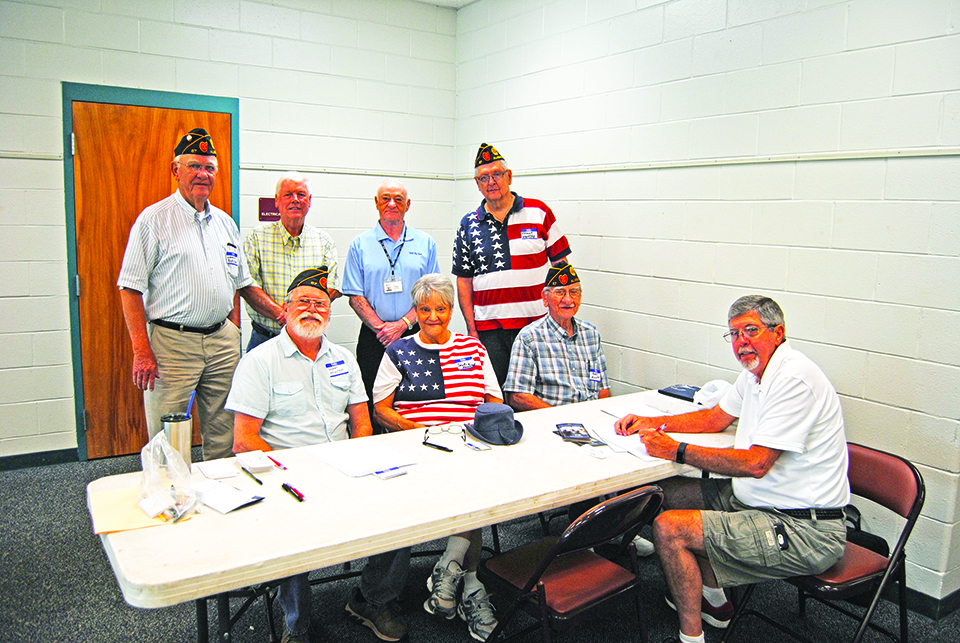 VALLEY — Members of American Legion Post 67 and the local Vet to Vet chapter were well pleased with the response to Saturday’s A Day for the Veteran program at Valley Community Center. This was the third consecutive year the two organizations have joined forces to do this.

“We were well pleased with the turnout,” said Bobby Elliott, adjutant of Post 67. “We had over 40 local veterans to turn out. That’s more than we had last year. The veterans I talked to were glad they came. They told me they’d gotten some good information. We even signed up some of them as new Legion members. That’s good. We need to get more younger veterans involved and to come to our meetings.”

Buoyed by Saturday’s good turnout, Elliott is confident the local chapter will be having another Day for the Veteran in 2019.

Elliott said that representatives of the Veterans Affairs office in Opelika and the VA hospital in Tuskegee were pleased with the way things went as well. “It made us all feel good that it went so well,” Elliott said.

Sam Cofield of the local Vet to Vet chapter said that Saturday’s event had been a “fantastic” success.

“The veterans we saw we so appreciative of what we did,” he said. “Many of them don’t know how to go about receiving benefits they have earned because of their military service. We were able to set up some of them for their health care. It’s such a blessing to be able to do that.”

Cofield said that health care for veterans is a complicated system and many veterans don’t know who to turn to for assistance.

“They don’t know how the system works,” he said. “We were glad to be able to help them. It was so good to have the people from Opelika and Tuskegee here. When a veteran sits down and talks to them one-on-one it’s really helpful.”

Cofield said he was gratified with the way the day turned out.

“Things couldn’t have gone better,” he said. “I think we helped a lot of veterans,” he said. “The guys from the American Legion are great to work with.”

Cofield said that Vet to Vet will be doing a similar program in Columbus in the near future.