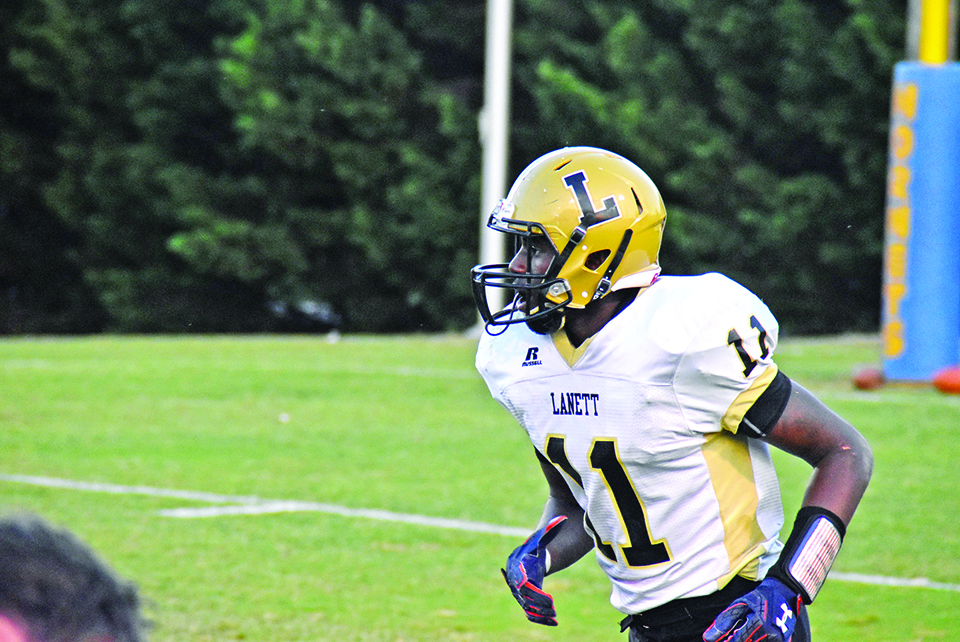 NEXT STOP, PAC-12: Lanett senior safety Trikweze Bridges committed to the University of Oregon on Monday morning. Bridges is considered a top-10 prospect in Alabama by many recruiting websites. Photo by Rashad Milligan

LANETT — On Monday morning, Trikweze Bridges announced where he’s spending the next period of his career.

The four-star senior safety star from Lanett High School announced his verbal commitment to the University of Oregon.

“I want to start off with thanking God for the God-given talent,” Bridges said in a statement on social media. “I want to thank everyone who has helped me through this process, my coaches for being hard on me every step of the way and for believing in me. I want to thank my parents for being there every step of the way and for the sacrifices they make every day to get me where I am now.”

The announcement comes before the Panthers participate in a media day later this week, a month and a day before the team’s first game of the regular season against Valley High School on Aug. 24.

“I am happy for Trikweze,” Lanett head football coach Clifford Story, Jr. said. “He has done a lot for this program and positioned himself to ‘Be Elite!’ I told him it is his future. Seek advice, ask plenty of questions and his heart would lead him. Oregon is getting a great kid all around. I know he is happy to put this recruiting behind him. All I can say now is go Ducks!”

The six-foot-three, 185-pound safety accounted for 98 tackles, 12 tackles for a loss, nine interceptions, five forced fumbles and six fumble recoveries last season. On the offensive side as a receiver, he hauled in 30 passes for 732 yards and eight touchdowns, according to MaxPreps. Bridges was a 2017 All-State first team selection by the Alabama Sports Writers Association.

“He’s so long,” Lanett High School offensive coordinator Chip Seagle previously said to The Valley Times-News. “The one knock against him in the past has been his speed but he’s been working on that. Yesterday, he ran a 4.51 [in the 40-yard dash]. So that’s not even a question anymore. He’s got great closing speed but even when he was a 4.65 40 guy, he could still cover the field because he’s 6-foot-3 and has the length of a seven-footer.”

There have been approximately over 100 college recruiters who have visited Lanett High School between the months of January and May, according to Seagle. Junior quarterback Kristian Story is a four-star recruit and senior wide receiver Tifton “Dee” Dobbs is a two-star recruit as well for the Panthers. The 2017 2A state champions are now head into this season in Class 1A.

Bridges had a number of other offers from schools in the southern region including last season’s two national championship finalists in Georgia and Alabama. LSU was one of his final schools in consideration before committing. Ohio State, Nebraska, Tennessee, Jacksonville State and Florida were among other options that Bridges had.