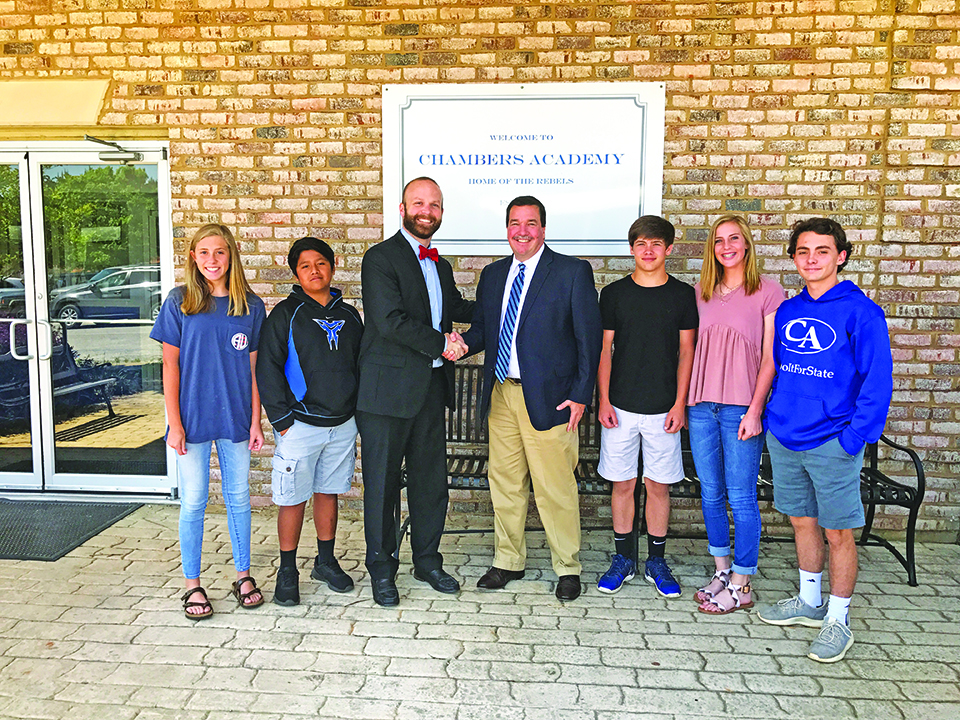 LaFAYETTE — David Owen was recently appointed as the new headmaster at Chambers Academy, something that he has been working toward his entire professional life.

This will be his highest position at a school, but Owen has been working with kids since he was a high school student in Wrentham, Massachusetts, where he was born and raised.  Coaching basketball inspired him to get his degree in history, health and physical education from the University of Alabama.

Tuscaloosa was Owen’s introduction to the Southeast, having only been ‘as far south as New York City’ before that. Since then, Alabama has been his living space and workplace for over 30 years.

After graduating, he taught for a year at Crenshaw Academy before moving to Lee County to teach at Beauregard High School. It was there that he met his wife, Theresa, who was finishing coursework at Auburn University at the time. Owen said he was introduced to her through a student of his who happened to be her younger sister.

From there he moved from place to place teaching and coaching basketball until he retired from both jobs to be a school administrator at Springwood School in Lanett.

“I was always looking for an opportunity to be a principal or a headmaster,” Owen said. “When this opportunity came open in February I was excited to apply for it.”

With previous Chambers Academy Headmaster John Mehaffey leaving the school, Owen applied to the position and took the reins in June. He said he is excited to carry on the tradition of greatness started by his predecessors.

“[Chambers Academy] has got a great history,” he said. “The school will be celebrating its 50th anniversary as we roll the calendar into 2019. They’ve been doing a lot of things right for a long time, yesterday and today. I just want to be a part of tomorrow.”

Owen highlighted the school’s close relationships with the community it serves. He hopes to keep these going, while fostering new ones.

“It’s a fantastic family environment and a community school,” he said. “I want to increase the draw of the school. Right now we bring in kids from Randolph County, some from Tallapoosa County and some from Lee [County]. Chambers Academy is one of the best kept secrets in Chambers County.”

Part of increasing the draw, Owen said, will be providing more opportunities for students. He plans to widen the scope of AP classes and dual enrollment with Southern Union in order to better prepare students for life after high school.

“I’d like to think that I can do a lot in terms of raising the bar academically and building on that for our students,” Owen said. “In a smaller school like this, kids get transferred over and have an opportunity to shine like they wouldn’t be able to if they were a small fish in a big pond.”

Chambers Academy will hold an open house on Aug. 7 for interested students, with the first day of class following on the 9th. New Headmaster Owen said he is excited to lead the students academically.

“I feel like I’ve prepared for this moment for more than 30 years,” Owen said. “I guess you would say that my hashtag would be ‘finally.’ The good Lord gives us what we need when we need it, and I feel blessed for the opportunity.”