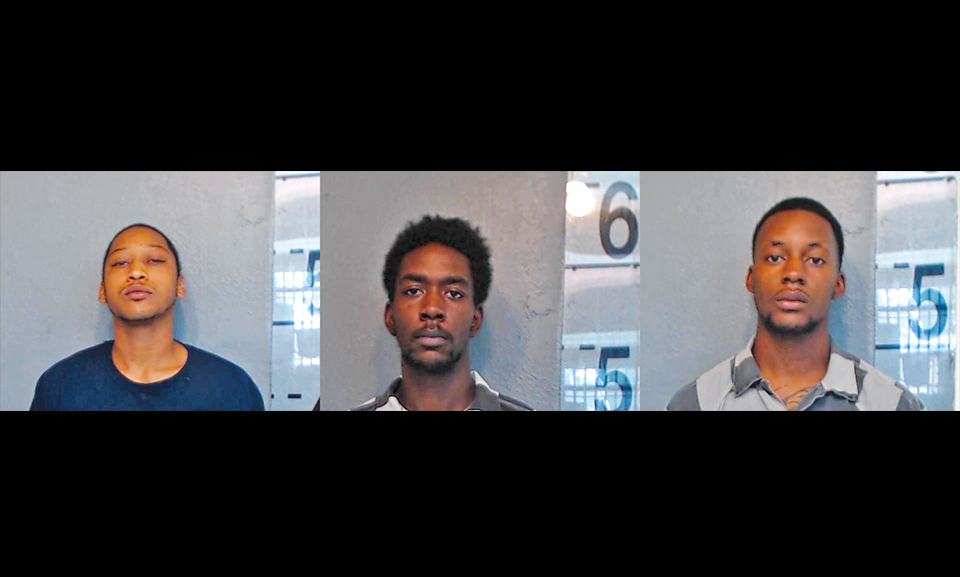 CHAMBERS — Three men were arrested Tuesday afternoon after stealing an undisclosed amount of currency from Farmers and Merchants Bank in Huguley.

Lanett Police officers and Chambers County Sheriff’s Deputies arrived at the scene after being dispatched by the Chambers County EMA/911 following a robbery alarm, according to a press release.

Police said that witnesses provided descriptions of the offenders, described as two black males wearing dark shirts, gloves and face-coverings, and a description of the vehicle they got into after the incident.

According to Major Johnny Wood of the Lanett Police Department, only one of the men was armed with a revolver. The weapon was used to intimidate, but no rounds were fired and no injuries were reported.

They exited the bank and ran behind Chicken Stop and were observed getting into a red Ford Mustang that reportedly went South on Cusseta Road at a high rate of speed.

All information was dispatched to surrounding agencies and Captain Robert Chambers of the Drug Task Force located the vehicle on County Road 83. He notified all units before initiating a traffic stop on the vehicle, police said.

The three occupants were identified, were summarily arrested and charged with first degree robbery.

“This was probably the best example of a coordinated effort between multiple agencies that you could get,” Wood said. “Within seven minutes the offenders were identified, stopped and arrested for the crime.”

More details will become available as investigators release them.