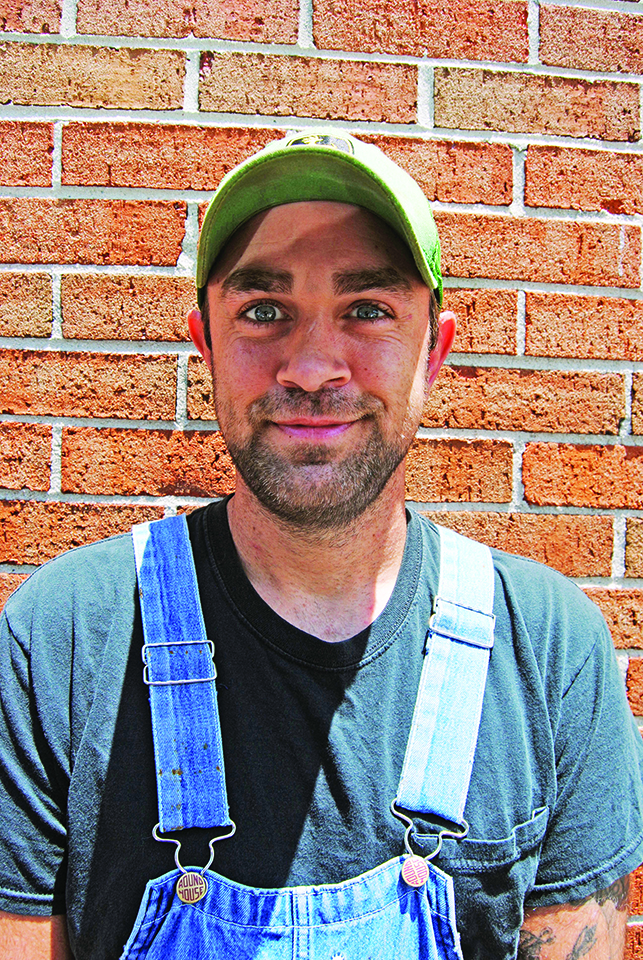 IRAQ WAR VET TURNED FARMER — Chambers County native is an honorably discharged veteran of the U.S. Army who today runs a 100-acre produce farm off Highway 50 near Huguley. McDaniel said that farming is in his blood and that it helps him deal with some unpleasant experiences he’s had while trying to adjust to civilian life.

HUGULEY — A local man who served with distinction in the Iraq War only to return home for a hard struggle to readjust to civilian life has found contentment in managing a 100-acre vegetable farm.

“I served six years in the Army,” McDaniel told The Valley Times-News. “I joined in 2004 and was honorably discharged in 2010. I felt like I had an important job to do as a soldier and did my best to do what was expected of me. When I was young I’d always dreamed of being a solider, and I’m grateful I was given an opportunity to serve my country. I joined after 9-11. Our country was under attack. As an able-bodied young man, I felt that I shouldn’t stand idle and that I should do my part.”

McDaniel went through basic training at Fort Benning, graduating from both Infantry School and Airborne School. In Operation Iraqi Freedom, he was assigned to Company H, 121st Infantry. A sergeant first class, McDaniel served as a driver, gunner and team scout along Iraq’s border with Syria and received an official commendation from his superior officer on having taken part in the capture of over 60 foreign fighters and smugglers in support of the Iraqi border police. On another occasion he played a key role in the capture of six foreign fighters/smugglers trying to cross the border.

A commendation he received noted his skill as a driver under stressful conditions. According to his superior officer, McDaniel was skilled in operating a vehicle in blackout conditions, in heavy rain in an extreme types of off-road terrain and did so without having any accidents or injuries.

“His high level of motivation and eagerness to perform set the example for his entire platoon,” wrote First Sergeant John Franklin Gunning, McDaniel’s superior officer. “His courage, commitment and exceptional efforts under combat conditions ensured the success and survival of this team and the accomplishment of his mission. His extraordinary effort and willingness to face the enemy reflect great credit upon himself, Company H and the 163rd Military Intelligence Battalion, the 504th Military Intelligence Brigade and the U.S. Army.”

“My story’s not that unique,” McDaniel said, “but I had a hard time when I came back home. It was really hard to readjust to civilian life, and I would have flashbacks to being in the war. I had problems with substance abuse and got in trouble with the law.”

McDaniel credits a new-found faith in Christianity for getting him out of that hole.

“I have been clean for three years now, and am not looking back on that now,” he said. “I’m now working on a produce farm and am enjoying life. I have a one-year-old son, Micah Charles McDaniel, wh0’s the joy of my life.”

He also has a 19-year-old daughter, Lillian Elizabeth McDaniel, who graduated from Harris County High.

McDaniel grew up around farming and regrets not getting into it when he returned from Iraq.

“I don’t think I would have gone down the road I did if I had gotten into farming as soon as I got back home,” he said.

McDaniel believes in hard work and does that seven days a week in his 100-acre farm in the Harrington Heights community off Highway 50.

“I grow corn, tomatoes, pepper, okra and squash. My number one crop right now is rattlesnake beans,” he said, adding that he is especially proud of a 65-foot row of zinnias he’s grown.

His daily routine includes getting up just past sunup and working until around noon. After a lunch break he works in his shop for several hours and then rests. He’s back in the garden around 6 p.m. and works until dark. This time of year, it takes hours to pick tomatoes, pepper and beans. He sells his produce at a farmers’ market in Waverly, to local markets such as Bi-City Produce and local restaurants.

“I’d like to have a roadside stand next to my garden,” he said. “This is my third year of growing, and I’ve really loved it. We did get off to a bad start this year and have been making up ground since then. I lost 140 tomato plants, 400 feet of beans and over 1,000 feet of corn due to the weather and herbicide damage. We’ll have late tomatoes this year since I had to re-plant. I’ll also have a fall garden. I will be planting greens, Georgia collards and purple-top turnips.”