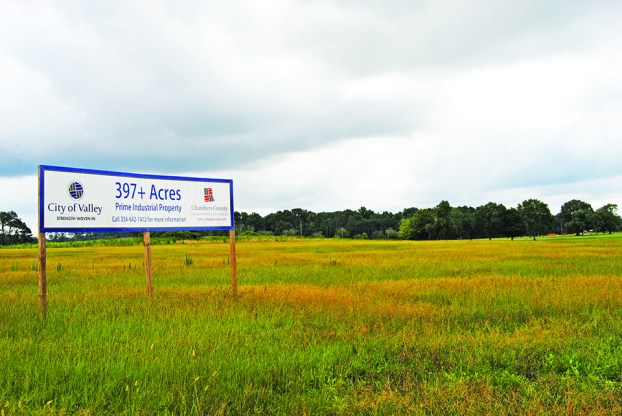 VALLEY — Following an executive session, approximately 20 minutes in length, the Valley City Council on Monday authorized Mayor Leonard Riley to enter into a contract with Four Star Freightliner, Inc., who services vehicles for Freightliner Trucks. The company will be purchasing approximately 10.3 acres of city-owned land that’s visible from I-85 near Exit 77. The announced purchase price is $400,000.

Freightliner intends to build a highway truck sales, repair and service center on the site that will employ approximately 18 people, among them diesel mechanics who make very good salaries.

The agreement between the city and Freightliner follows 16 months of negotiations. The company has a similar warranty work and truck sales business in Tallahassee, Florida and is building another one in Valdosta, Georgia.

Freightliner Trucks is an American truck manufacturer and a division of Daimler Trucks North America. It’s mainly known for heavy duty class 8 diesel trucks as well as class 5-7 trucks. The company began in the 1930s when Utah-based Consolidated Freightways decided to build their own trucks because the ones on the market at the time had difficulty climbing the steep mountain grades in the western U.S. From their earliest days, the Consolidated Freightways trucks were commonly called Freightliners.

The contract the city is entering obligates it to build an access road along with water, sewer and natural gas service to the site where the new building will be going up. The site must also have electricity, phone, cable TV and internet service.

That road will be finished within 120 days after Freightliner starts construction on the new service center. Building the road will be a major project for the city in fiscal year 2018-19.

It will be located inside the city industrial park and branch off of Valley Industrial Drive. Such a road had been in the planning stages for some time as a means of opening up the 50-acre site the city owns next to the former Lanier-Carter mills off I-85.

Mayor Riley told The Valley Times-News that construction on the new road could start as early as the middle of September and that the new Four Star Freightliner sales, repair and service center could be open by August 2019.

LaFAYETTE — Debbie Wood is the winner of the State Representative, District 38 Republican runoff race according to uncertified but... read more