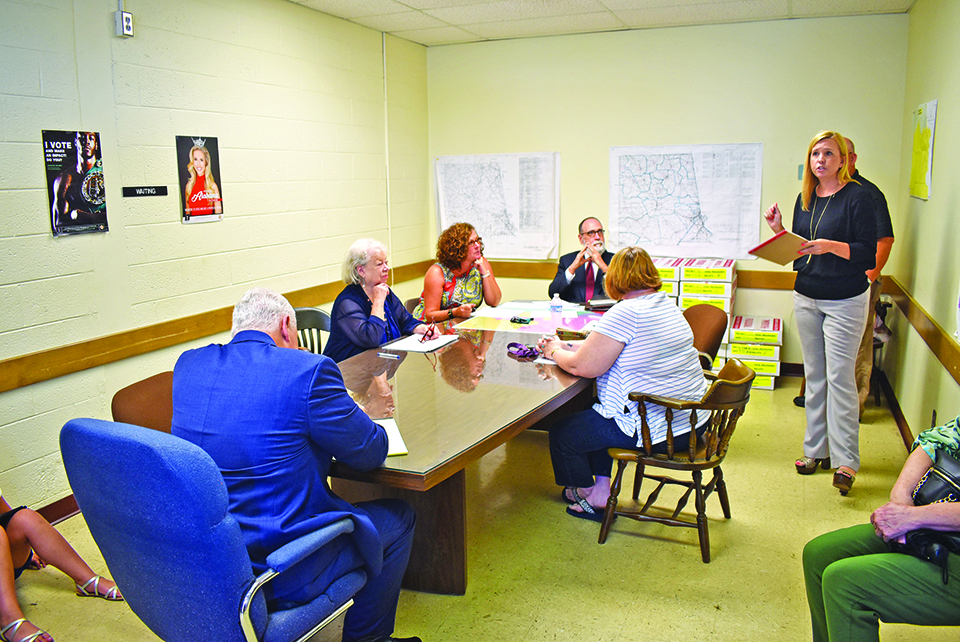 LaFAYETTE — Debbie Wood is the winner of the State Representative, District 38 Republican runoff race according to uncertified but official numbers following a counting of provisional votes for Chambers and Lee counties.

This was one of the closest races in recent memory and the six vote difference that initially separated the candidates did not change after provisional ballots were counted.

There were a total of 46 provisional ballots to count. In Chambers, only five were counted and only two had votes for the race. Both went for Wood. In Lee, 10 ballots were counted for the race with six going for Rauch and four for Wood, maintaining the initial difference.

“This race has not been about Valley or Opelika or Beulah or Lake Harding,” Wood said in an earlier interview. “It has been about providing leadership for the citizens of District 38. I am humbled to be ahead by six votes. Does every vote count? Yes! I want to thank each and every one of you who went to the polls.”

While Wood was unavailable for comment Tuesday, Rauch said he was proud of what his campaign has accomplished.

“We knocked on over 7,000 doors,’ he said. “We were able to push through the primary to a runoff and ended up waiting on provisionals.”

A provisional ballot is cast when a voter tells a poll worker that he or she wanted to vote for a candidate whose name is not on their ballot. In those instances, records indicate that the voter does not live in the district where the candidate is running for office. Voters are allowed to dispute that finding and vote by provisional ballot.

With the ballots counted, Rauch has only a short window to request a recount but in an interview Tuesday, expressed no desire to do so.

“I don’t plan on asking for a recount,” he said. “I have full confidence that everything was done professionally. I trust the process.”

John Bennett, Deputy Chief of Staff with the Alabama Secretary of State’s office, said last week that unlike in a general election where an automatic recount is triggered if the result is decided by less than 0.5 percent, a candidate would have to request the action and would have to pay for the process, which includes bringing in poll workers and any other added costs. The current difference between the candidates is only .14 percent.

Bennett added that when voter turnout is low like it was on Tuesday, in which only 12.7 percent of registered voters turned out, the chance of a close race increases.