UPDATE: Troup Sheriff has apprehended one, still searching for another escaped inmate 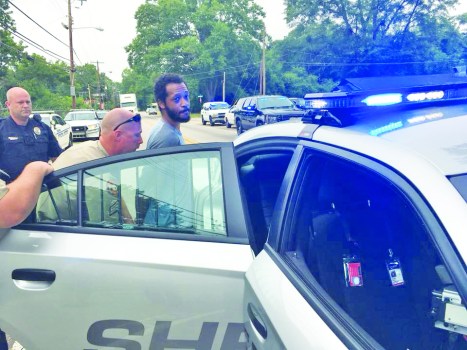 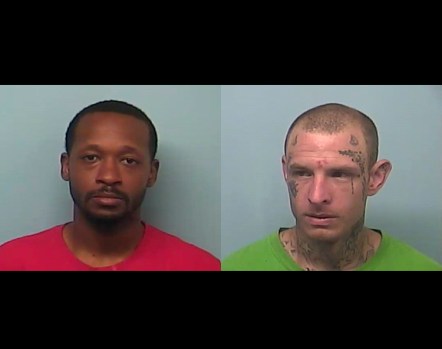 LaGRANGE — The Troup County Sheriff’s Office is still searching for a Troup County Jail inmate who escaped from the jail Wednesday around 11 p.m. Eric Calvin Bell, 28, has been apprehended by Troup County officers on Hamilton Road according to the sheriff’s office.  Thomas Christopher Cuddington, 28, was discovered missing Thursday morning around 8 a.m. and is still missing as of Friday morning.

“[Bell] was on a court list, and when they went to call the inmate’s name, he was not there on that list,” TCSO Sgt. Stewart Smith said. “When they went back to the dorm where he was housed, at that point they discovered that he was not there, and they discovered a hole in the ceiling of this particular dorm. We chased that hole to the roof, where it appears an air ventilation duct was pried open. We did another head count and discovered [Cuddington] was missing as well.”’

According to a TCSO press release, the two inmates were seen on camera climbing down from a drain pipe and running from Sam Walker Driver on to Hamilton Road.

Smith said they cannot verify if Bell and Cuddington are still in Troup County. He said if the public encounters either inmate to call 911.

Cuddington is 5-foot-8-inches, 150 pounds and white. His last known address is 1506 Phillips Road in Warm Springs.

According to Troup County Webjail, Bell was charged with possession of a schedule 5 controlled substance, possession of a controlled substance not in its original container, criminal trespass, failure to appear, two counts of riot in a penal institution, sentences state and unlawful acts of violence in a penal institution. He was arrested Nov. 29, 2017.