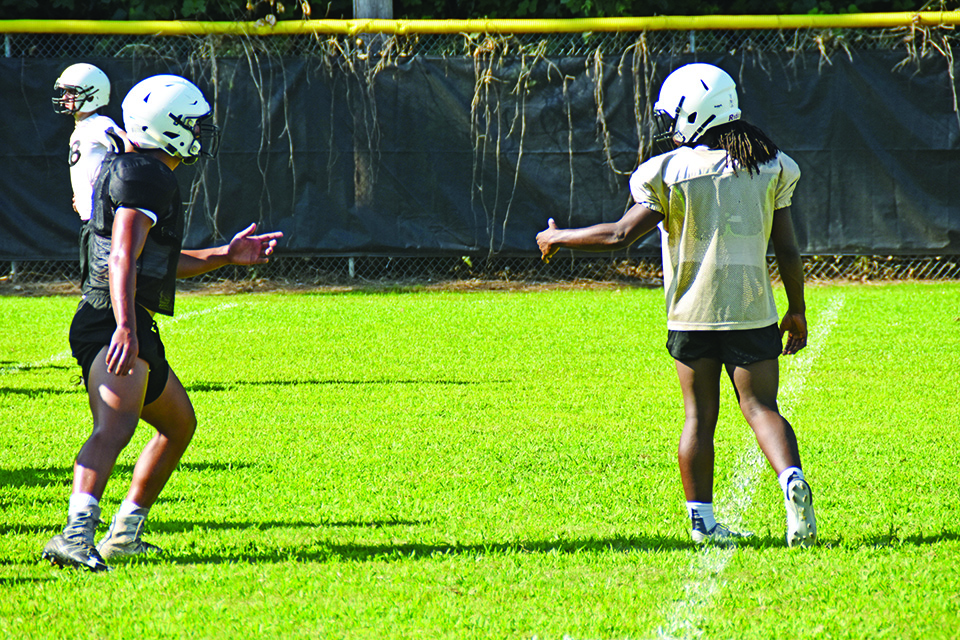 BEULAH — Students returned to class at Beulah High School on Wednesday while a leader from the school’s football team returned to practice.

Bobcats starting quarterback Lonzie Portis was once again in the shotgun formation after missing the month of July with the team. The senior Portis was invited to study in an academic camp in Massachusetts to prepare for college next year.

“He’s going to be there for us,” Beulah head football coach Cody Flournoy said at last month’s Media Days. “He’s an athletic guy. We look to do more than what we’ve done offensively and let our quarterback be more active and he’s a guy to do that for us.”

Portis scored Beulah’s lone touchdown during the spring game at Valley in May with a scramble.

On Wednesday, the team was on a baseball field where yard lines were chalked up alongside left field in a 90-degree climate. After warming up, the Bobcats had a speaker come in and inspire the group of young men from the varsity and junior varsity squads before the athletes broke off into groups to run drills.

Senior running back Caden Dowdell played the role of a utility athlete on the offensive end toward the beginning of the practice. The six-foot-one-inch, 210-pound Dowdell broke multiple tackles when handed the ball and burst through open holes he saw with his speed. He also made impressive blocks throughout the practice.

Portis appeared very comfortable leading his teammates where he wanted them to be and was aggressive in calling out plays.

Beulah is coming off of a 3-7 season, which was an improvement from the 1-9 year the team had in 2016. The Bobcats are looking for its first playoff appearance this season since 2007.

The team begins that quest on Aug. 24 at Loachapoka.