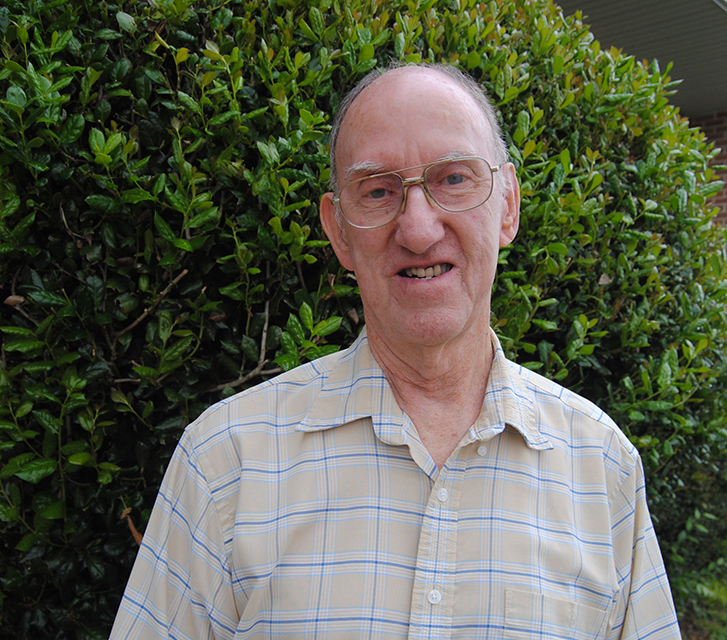 VALLEY — Charles Chapman loves to work with his hands.

As a young man in the U.S. Army, he helped build roads and bridges with the 35th Engineering Construction Battalion based in Fort Polk, La. In more recent times, he’s made some amazing items in his workshop. His birdhouses are popular items at each year’s Hike/Bike/Run fundraiser for Valley Haven School.

For learning a skill in the military and continuing with it throughout his life, Mr. Chapman is our Valley Times-News Veteran of the Week.

“I joined the Army in 1953,” he said, “The Korean War was winding down at the time. They weren’t sending any new recruits to Korea. I had eight weeks of infantry training and eight more weeks of engineering training at Fort Polk, Louisiana.

“I spent some time at Fort Belvoir, Virginia, where we printed maps. Then it was on to Fort Hood in Texas where I was assigned to the 35th Engineering Battalion. We poured lots of concrete when we were making roads and bridges.”

After two years in the Army, Chapman returned home to the Valley and worked for 43 years in Shawmut Mill. He retired in 1994. Since that time he’s spent a lot of time in his woodworking shop.

“I love to build odd pieces of furniture,” he said. “Pine is okay to work with, but I really love working with red oak and black walnut. It’s hard to get your hands on that, and it can be expensive.”

For the past eight years, Chapman has donated 25 or more of his homemade birdhouses as items for the annual Hike/Bike/Run Auction.

“A while back, someone from Valley Haven called me and told me they had 2,000 car tags for me. That’s enough to keep me busy for a long time,” he said.

He fashions those tags into birdhouses. Having a bluebird box in your backyard made of unused Alabama vehicle tags makes for an interesting conversational item with visitors.

Chapman and his wife Dean live in the Todd Addition neighborhood. He’s 86 and gets around exceptionally well for his age.

The Chapmans have two children, four grandchildren and nine great-grandchildren. Son Chris lives
in the LaFayette area and daughter Jenny in Langdale.