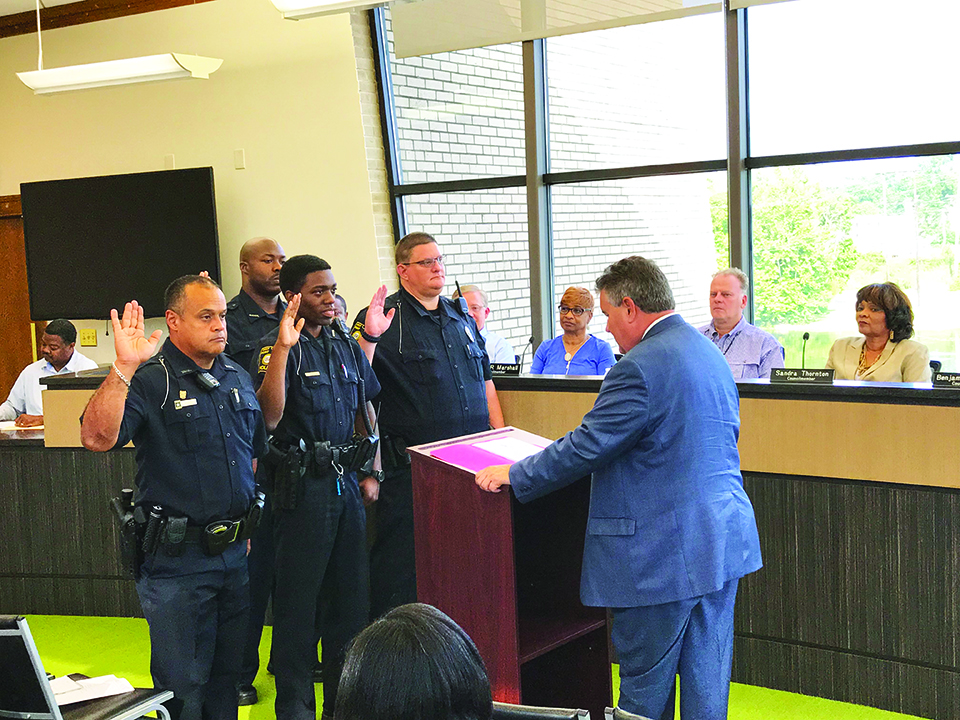 “I thought it was important going forward when we hire people that they come forward before the council, so they can meet you and put a name and face together,” said West Point Police Chief Donald Britt. “The oath of office is a serious commitment. It lets them know that they are committed to upholding the laws of the State of Georgia and protecting the citizens of West Point.”

After being sworn in, the new officers were joined by family members, who pinned on their badges.

In a later interview, Chief Britt gave a little more information on the officers.

“They had heard good things about West Point and saw that is was on the way up,” the chief said. “They wanted to be a part of it.”

These are not the only new officers West Point will see. Britt noted that currently the city has three officers making their way through the academy and the city is looking to hire six to seven more officers.

“We’ve been trying to put the word out,” he said.

Two of the new officers are already on the streets, with the other two set to start today.