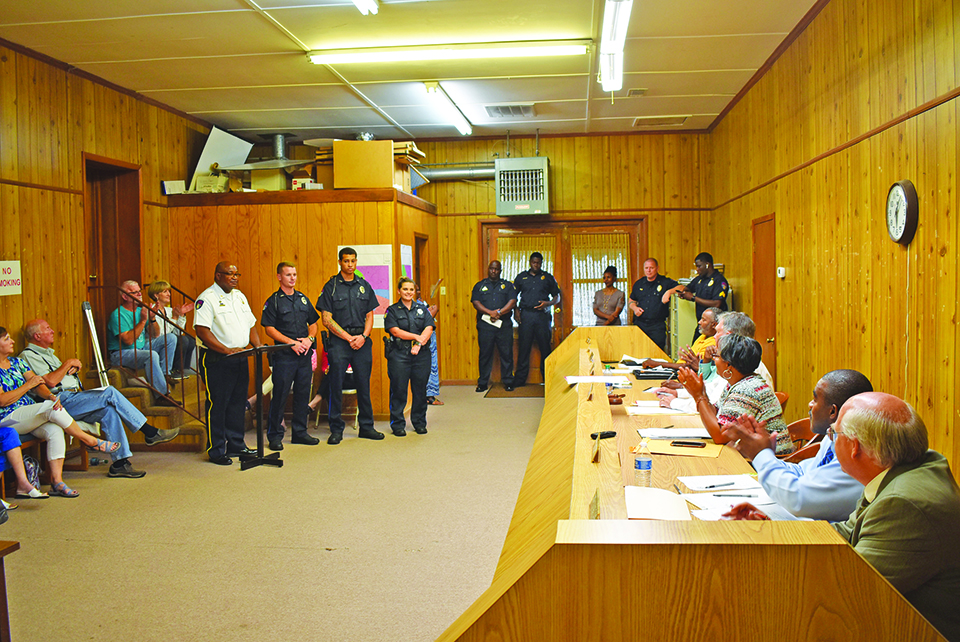 The subject was first broached by Michael Ellis, who made the recommendation that the city should appoint one of the LaFayette Police Department officers as a code enforcement officer.

“The city ordinances that are on the books, we want people to abide by those,” he said, “I think we need to elect an officer from the police department to do that.”

According to Ellis, the issue of finding a dedicated code enforcement officer has been something the city has struggled to do for some time. Without the position, he said, too many individuals and businesses are not meeting code set by the city.

Since officers have the certification needed to inspect and enforce LaFayette code on buildings and properties, he recommended the person to fill the long-vacant position be an existing officer using a repurposed police vehicle.

“We miss out on too much revenue and it’s a problem,” he said. “We have enough officers to handle the streets, patrol and all that, but I think we need to take a police officer to be that code enforcement person.”

Council member Tammie Williams showed immediate aversion to the idea, speaking up and asking the council why the position couldn’t be one filled by an application process.

“Councilor, we have been talking about this for years, let’s get it done,” Ellis responded.

Mayor Barry Moody let the council and audience know that using an existing officer for code enforcement was something he had talked about with Chief George Rampey. He asked the Chief to come to the next council meeting with a recommendation for an officer who could fill a position or a confirmation that the city should advertise.

After a back-and-forth between WIlliams and Ellis, Williams made a motion to advertise for the position while giving interested officers an equal chance to apply if they wanted to. The motion was seconded by Toney Thomas and the issue was resolved.

“All of them are young, they’re energetic, I think they will be a good asset to the department and they’re willing to learn, which is the most important thing,” said recently-promoted Lt. Investigator Roderick Brock. “I think they are eager to get out here and do some work.”

The existing officers who were promoted were Lt. Christopher Trice, who rose to the rank of captain, Sgt. Nathan White, who rose from patrol to investigations and the aforementioned Sgt. Roderick Brock, who rose to Lieutenant.

After being commended by Williams and the rest of the council, Chief Rampey spoke to the council.

“We thank you all for the support that you give us as we continue to try to make this transition as smooth as possible,” he said, “And once again would like to say that we will do all we can to serve the citizens of LaFayette and be the police department that they would have us be, want us to be and be a police department that you all can be proud of.”