LaFayette ranked No. 5 in preseason polls 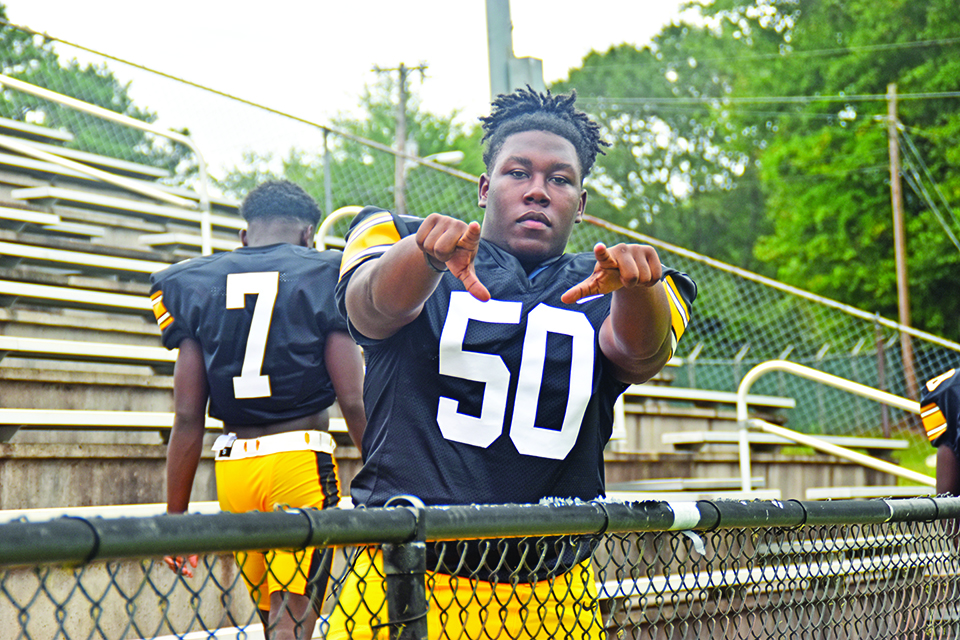 BEST IN BAMA: LaFayette senior Lajareon Bryant is one of the Bulldogs’ returning All-State players from last season. Photo by Rashad Milligan

LaFAYETTE — After a 9-3 2017, the LaFayette High School Bulldogs are in the top five of the AHSAA Class 2A preseason rankings. The poll was voted on by the Alabama Sports Writers Association (ASWA).

“We feel that they’ve given LaFayette the respect to put us at No. 5 in 2A,” LaFayette head football coach James Lucas said. “We don’t really talk about the rankings. I don’t really bring it up to my kids, they might read about it but we don’t talk about it. I always tell them the ranking at the end of the year is more important than the beginning of the year.”

LaFayette’s goal all offseason has been to “walk off that field with that blue map” as Lucas has said in previous interviews. The Bulldogs’ season has been ended by Fyffe in the playoffs for the last three seasons, but LaFayette has now been moved to region four, where the team wouldn’t have to face Fyffe until the state championship game.

The team is returning perhaps its strongest defensive corps that Lucas has had in his five seasons at the school. Seniors JaQuavian “Quabo” Boston-Gaines and Lajareon “Doug” Bryant return as the team’s two All-State selections from last season, while Trevor Vines and Julius Bullard are primed for breakout seasons as well.

“They’ve played together for multiple years,” Lucas said. “They’re leaders and they want the same goal as everybody else wants and that’s trying to win that blue map.”

This offseason, LaFayette worked out in its new-and-improved workout facility as well as bring in new position coaches. Losing to the same school in three consecutive years in combination with the aforementioned changes this offseason has given the Bulldogs a different perspective on the season.

“I feel that the kids have bought into what we’re trying to teach here,” Lucas said. “The last few years we have made it as far as the third round, so they’re familiar with the playoff system and how it works. They know that you have to win on the road as well as at home so they understand all the good things and attributes that it takes to be a champion.”

The Bulldogs began official practice on Monday and Lucas said that he was impressed compared to years’ past.

“They were in much better shape than they have been in the past,” Lucas said. “They know that they have to do that because some of them have to play both ways. Some of these guys know that they’re not going to come off the field. They have put that work in so everything falls into line and they’re leading by example and not words.”

Senior quarterback Jaelin McCurdy was also listed as a leader for the team in addition to Boston-Gaines, Bryant, Vines and Bullard.

LaFayette’s first game of the season is against Handley on Aug. 24.