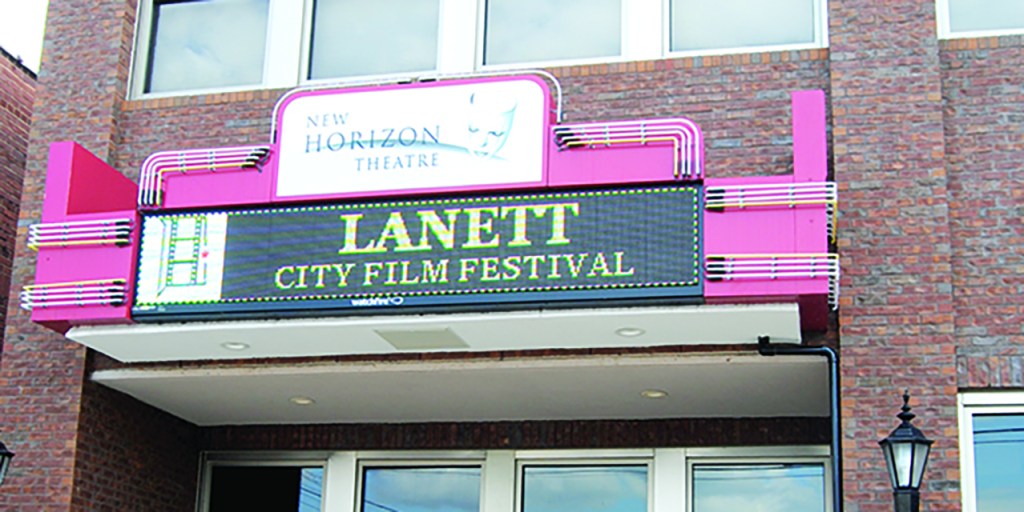 LANETT — The Second Annual Lanett City Film Festival will take place Friday, Sept. 7 and Saturday, Sept. 8, 2018. The festival offers a creative platform for independent filmmakers to have their work screened and judged, providing a valuable resource for amateur and professional artists as they move toward reaching their full potential in this field.

Films have been submitted to the festival from all over the world. The select films that will be presented during the festival include narrative shorts, brilliant documentaries, stunning student films, and heart-warming features. Trailers are available on the festival website, www.lanettfilmfestival.com, so that guests can make informed viewing choices.

Each audience will have the opportunity to vote for their favorite films. Award categories include the Best Feature Film, the Best Short Film, and the Top Honor Award from the City of Lanett. “Feature Films” are classified as films 50 minutes or more in length. “Short Films” are classified as films with a total run-time between 3 and 45 minutes. Documentaries average 60 minutes in length.

In addition to the variety of selected films being shown, guests will also have the opportunity to meet some of the directors, actors, and producers of the films. Panel discussions will provide exciting and informative insights into issues in contemporary filmmaking, as well as providing opportunities for filmmakers to interact with audience members. The Lanett Film Festival plans to welcome back director Enrique “Rico” Diaz, last year’s winner of best short. Diaz was also a producer on DeKalb Elementary which was an Oscar-nominated short film.

Also in attendance will be stunt actor, Tony McFarr, who is known as Chris Pratt’s stunt double on Jurassic World: Fallen Kingdom and Guardians of the Galaxy 2 though his list of credits includes numerous projects such as Captain America: Civil War, Hunger Games, The Walking Dead and more. Also attending will be Louise Ashby, actress, model, and author of the book: “The Magic of the Mask.” She is known to all Australians as the vegemite baby but is known to us in the U.S. for her work on Ask Harriet, Facade and Party of Five. Additionally, she is a spokeswoman for the nonprofit Facing Forward Foundation, which provides free or low-cost surgeries for disfigured children. Other guests of the Lanett Film Festival include Josh Tippey, Louise Ashby, D. Brook Pruitt, Brent Lambert-Zaffino, Brian White, Sarah Cheshire, Patrick Albright, and more to be announced.

Screenings will be centered in Lanett with The New Horizon Community Theatre, in neighboring downtown West Point serving as the main screening venue. Other venues also include Lanett City Hall and the Jane K. Farrar Event Center. Local merchants will provide additional opportunities for shopping, food selections, and sightseeing throughout downtown Lanett and West Point.

Tickets are available by day or as a full-weekend pass. Tickets for Friday viewings are $5 and Saturday are $10. A full festival ticket can be purchased for a discounted price of $12, allowing access to events throughout the entire weekend. For more information, to purchase tickets, or to view trailers from the films, visit www.lanettfilmfestival.com.

“Last year’s first film festival went really well, and I think this one is going to be even better,” said Lanett Mayor Kyle McCoy. “The quality of the films we’ve seen is better. We had around 400 hours to start with. They came from all over the world. We have narrowed that down to 30 hours. We are real excited about what’s going to be shown at the film festival. We will have some Alabama filmmakers, directors and actors here with us. A total of ten different directors will be taking part in a question and answer session.”

“I have been amazed at the response we have gotten from this,” McCoy continued. “It was great last year and even better this year. We are excited that Film Alabama is listing us as an event people should make plans to see. It will be running from 10 a.m. to 10 p.m. each day. I really want people to come out to this. With public support, it could grow into something really special. It’s something special and unique. No one else around here is doing this.”

McCoy said he wanted to single out three people who have been instrumental in the success of the Lanett Film Festival.

“Eric Wright heads up correspondence and viewing the films,” he said. “Michael Hernandez does social media for us and Amy McDow is our media relations representative.”