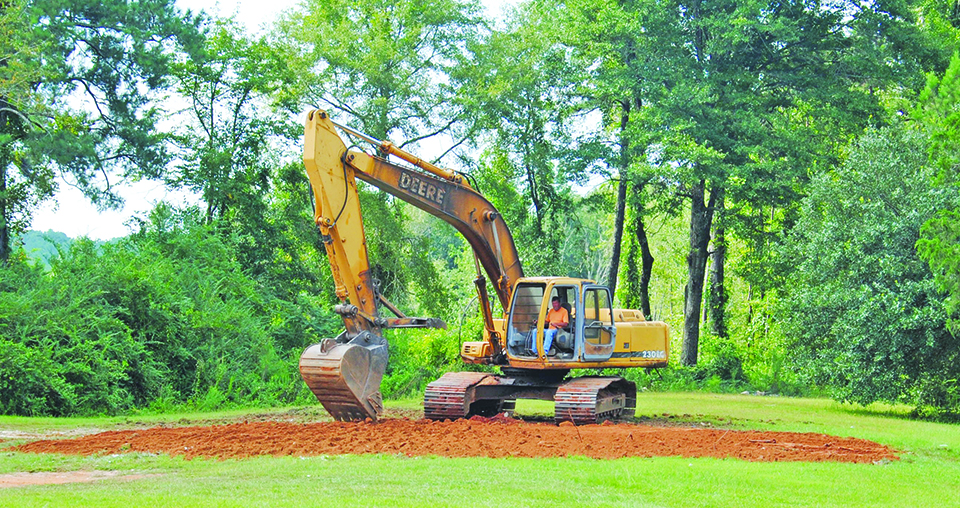 wayne clark | Times-News CLEANING UP THE SITE: An unoccupied house was demolished by the City of Valley’s Public Works Department Tuesday morning. A former Valley resident is claiming that he owned the house and was planning to move back there.

VALLEY — A Valley man is considering legal action against the City of Valley, claiming that they’d torn down the house he’d owned since 2010 without his knowledge. Julian Pitts told The Valley Times-News that he’s been staying with his daughter in Brookhaven, Miss. while recovering from a health setback.

Pitts. who has epilepsy, was admitted to EAMC-Lanier Hospital in May of this year. “My daughter took me to a hospital in Mississippi where she could be closer to me,” he said. Pitts said that he’d been released from that hospital and had been staying with his daughter, Allyson Schroeder, while his health improved.

“I was planning to go back to my home in Valley when my neighbor called to tell me they were tearing down my house,” he said. “She’d told me they had started at daylight and had pretty much had it all down when she called.”

Pitts said  that he’d been living on Plantation Drive in the River View community. “My neighbor tells me there’s a couple of nearby houses that have been abandoned for years that are still standing,” he said. “I was planning on going back home soon. I don’t know what to do now.”

Pitts said that notices had been sent to his dad, Bryne Pitts, who lives in Brewton, Ala., about the need to clean up the yard. “We were told about garbage in the yard and an abandoned car,” he said. “There’s no power to the house right now. We had that turned off, but we still had water. I’d been paying $16 a month for that. We’d been trying to maintain the place. We’d cleaned it up and had hired someone to come by and cut the grass twice a month. The property taxes were current. I just don’t understand this.”

When contacted by The Valley Times-News, Code Enforcement Officer Reid Riley said the city had followed the required legal procedures before taking action to have the house brought down Tuesday morning.

“We sent the owner the same notice we send everyone else,” he said. “The notice said that he had 45 days to clean it up or to contact me and discuss what he planned to do.”

Riley said he’d talked to Bryne Pitts about this and that the city would be taking condemnation action if nothing was done.

Riley said the problem with the house wasn’t the exterior of the house or the surroundings. “No one had lived in the house for a long time, and it was being used as a drug house,” he said. “Marijuana plants were growing inside it. No one had lived there for a very long time.”