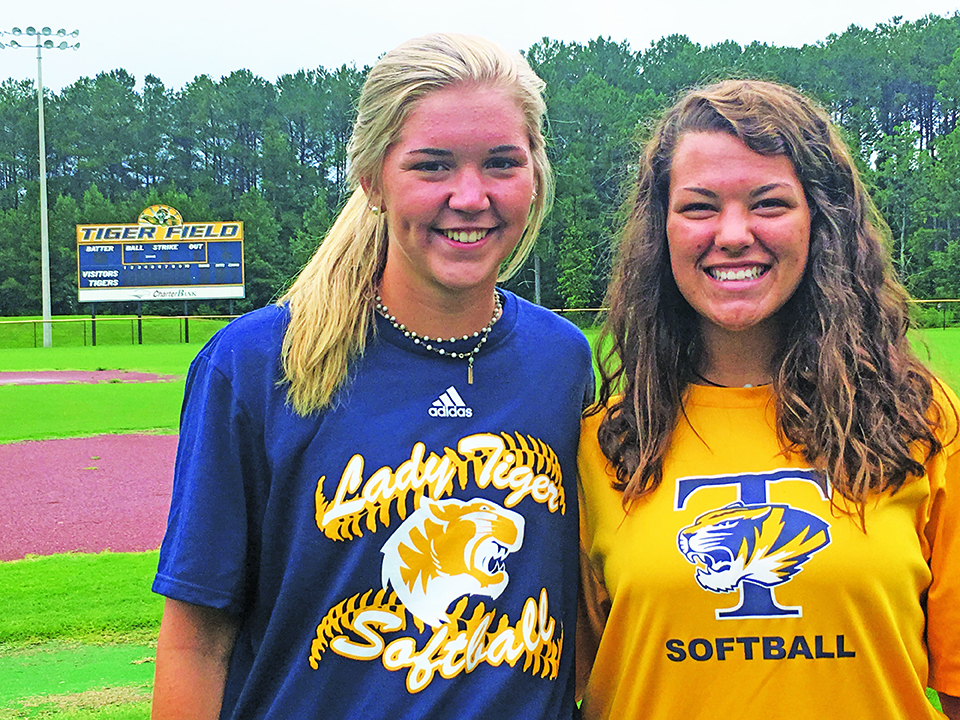 Madison McCartney and Kayla Lane have been playing alongside each other for nearly a decade, and they’ve been teammates on the Troup High softball team since they were in the eighth grade.

This fall, they’ll be teammates for the final time

When Troup opens its season on Saturday, Lane and McCartney will be in the lineup, just as they were from the opening game of their freshman seasons.

They’re the only two seniors on the team, and head coach Kayla Yeargin is glad to have them.

“They have that natural leadership role,” Yeargin said. “The other day at practice, they said our intensity level is not up. I said, OK. It was one of those teaching moments. They were still positive with their teammates, but they said we need to step it up. This is our year. We’re getting things done. They’re great people, too, which makes it awesome.”

Lane has started every game for four years, including all 29 games during her freshman season when she played alongside her sister, Hanna Lane.

“It feels like it was just last year that my sister was a senior, and I was a freshman,” Lane said. “Now, we’re seniors, and it doesn’t feel real. I hope it goes by slow, because it’s our last year getting to play together.”

Both players are coming off terrific junior seasons.

In the region tournament, Lane delivered a memorable performance.

In a three-game series against Cartersville with a berth in the state tournament on the line, Lane had seven hits, including four doubles and two home runs, and she drove in 13 runs.

Then in a single game against Cedartown, Lane had three hits and an RBI as Troup won 6-5 to sew up the region’s number three seed.

“That was definitely one of the highlights of my high-school career,” Lane said. “It was fun.”

Lane had three more hits in a pair of state-tournament games against Northwest Whitfield.

McCartney hit .365 with eight doubles and 19 RBIs in a season shortened to 21 games because of a broken arm suffered in a win over Hardaway.

Defensively, while Lane will hold down the shortstop position as she has so capably done for three years, McCartney will move around the field, something that’s not new for her.

“She’s the ultimate utility player,” Yeargin said. “She’s played third base, left field, anywhere in the outfield, and first base. It’s Madison we need you here, and she says yes coach, I’ll be there, no problem. She does it with a smile on her face, too. She brings two gloves. Which one do I need today.”

McCartney has no preferences.

As long as she’s playing and hopefully helping the team win, that’s all she cares about.

In addition to their time as Troup softball players, McCartney and Lane have also been members of travel teams over the years.

Lane plays for the Firecrackers, while McCartney is with the Georgia Force.

That has allowed both players to hone their skills and see a high level of competition.

“It’s like a lot of extra practice, too,” McCartney said. “When I can’t be here, I’m there and playing. And you get to see a lot of different levels of talent.”

When this season is done, McCartney’s time as a competitive softball player could be done since she doesn’t plan on playing the sport in college.

“I like softball, but I think after this season it’ll stop for me,” she said. “I’ve been playing my whole life.”

Lane will keep playing, and she knows where she’s going to go.

Lane has committed to Young Harris College in the northern part of the state, and she’ll be able to make if official and sign later this year.

“I visited North Georgia first, and then I visited Young Harris,” Lane said. “I hadn’t thought about (Young Harris), but I liked the campus, and the coach, she’s really nice. And she played before and she was a shortstop. I’m excited.”

Lane and McCartney will begin their senior seasons on Saturday against their two county rivals, Callaway and LaGrange.

All three games are at Granger Park.