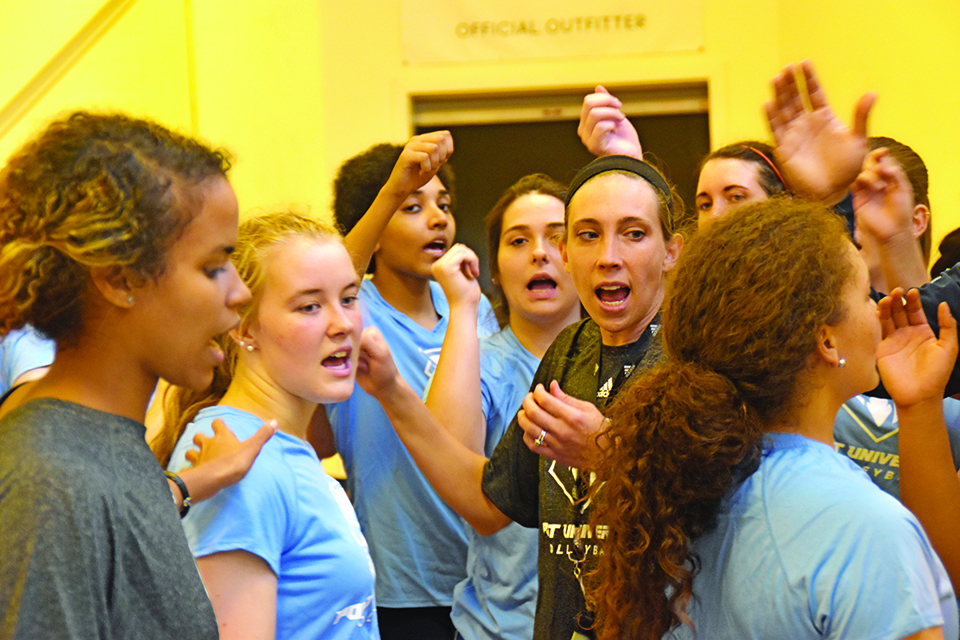 “We’ve had some excellent wins, we beat a team that was receiving national votes,” Jones said. “We’ve also had some really good loses where we’ve seen our tenacity.”

The optimistic attitude of the team has come straight from the top.

“For me, coach always emphasizes that when someone walks in the gym, they shouldn’t be able to tell who’s winning and [who’s] losing,” Skyhawks junior right hitter Charlotte Havrisik said. “I feel like we had a good control of that in the game against the team with votes and we just handled, even when we were down, we just handled really well that we were losing and we still had control rather than let it get to us.”

The Skyhawks are 3-5 on the young season after splitting wins at last weekend’s Midsouth Conference/AAC Challenge. Havrisik leads the team in kills per set with 3.1 and has racked up a total of 52 kills in four matches.

“It’s honestly never enough,” she said. “I’m not the type to focus on my kills or whatever I have but focus on what I can improve so for me, I look at my errors and how I can fix those. Pushing to get better.”

After Wednesday afternoon’s practice, Jones highlighted to the team the fact that the Skyhawks had only one unforced error in a scrimmage to 15 to end the day. Cutting down on errors is just one of the many improvements the team has made, according to the head coach.

This is Havrisik’s third season at Point after graduating from Riverside Poly High School in California. He has been under Jones the entire time.

“I think there’s been a lot of positive transitioning throughout my years,” Havrisik said. “Our first year was challenging because we lost a lot but through the years I think a lot of people have come in and it’s been less butting heads between coach and team and a lot more buying into the program, which has led to better attitudes and a better feeling about being on the team.”

The Skyhawks are now traveling to New Orleans for this weekend’s Big Easy Blastoff tournament at Xavier University.