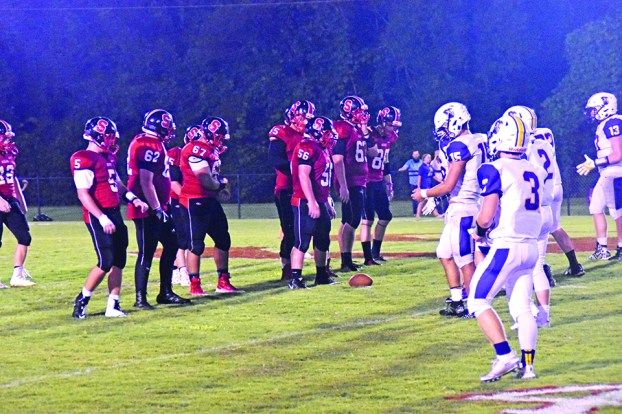 Still undefeated: The Springwood School Wildcats defeated Cornerstone Christian 42-10 on Friday night. The school has next week off. Photo by Rashad Milligan

LANETT — The Springwood School Wildcats controlled the tempo of the game from the start. On Friday night, the team improved to 2-0 on the young season and defeated Cornerstone Christian, 42-10.

The Wildcats were led by the sophomore and senior attack of O.J. Tolbert and Dylan Anderson. Both backs scored two first-half touchdowns and three each before the night ended.

The backs will be depended on heavily this season in new head coach John Gartman’s Wing-T offense.

After last week’s season-opening win against Success Unlimited, Gartman said that he had the worst coaching performance of his career and that he wasn’t satisfied by the team’s performance. After this week’s win, however, he had a more positive tone about the Wildcats.

“We handled the ball better than last week,” Gartman said. “But too many penalties. We showed flashes of being a good team, [we] just have to do it consistently.”

After a week off, the Wildcats will return to action on Sept. 7 to host Edgewood Academy.

LANETT – It was the newest chapter of a historic rivalry. The season-opener of the Valley Rams and the Lanett... read more