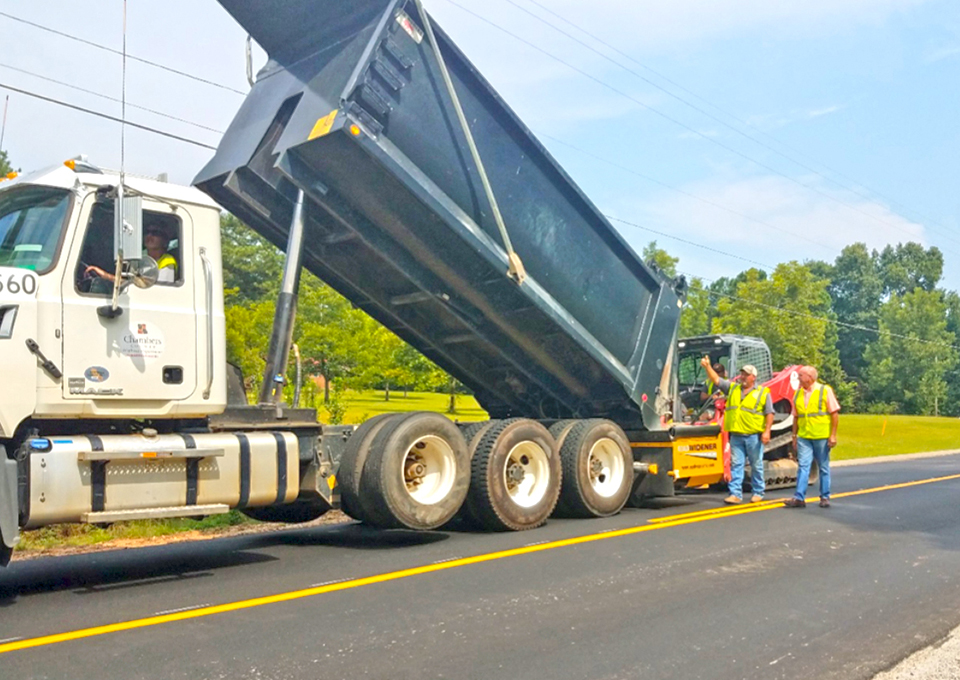 CHAMBERS — For the year of 2018, Chambers County allocated part of their budget towards the improvement of five road projects. The budget included 5.31 miles of paved road resurfacing, totaling $700,000.

Since the start of summer, four of these projects have been completed with the final one not far from being finished.

“I’m excited for those citizens of our county that will be affected by these projects, but we would like to and need to do more,” County Commissioner David Eastridge said. “Our Highway Department has provided us with a 10 Year Transportation Plan. That plan has prioritized projects based on the funding that we’re confident in receiving. Unfortunately, it also reflects the needs that exist and the crisis we face countywide as it relates to the condition of our roads.”

The 10-year Transportation Infrastructure Plan for the county was adopted in October of 2015 and prioritized the road and bridge plans through 2025.

During the first two years of the plan, Chambers County resurfaced or reconstructed approximately 8.9 miles of paved roads, totaling $1.15 million.

With all the progress already made on the county roads, however, there is still work to be done.

“Our rural roads are suffering,” Harvill explained. “With revenue not meeting the needs, there are numerous low volume rural roads that haven’t been resurfaced since they were built in the 50’s and 60’s.

We’ve had to focus our efforts on high traffic volume ‘collector’ roads but we have also made our Industrial Parks and higher density residential areas a priority.”

According to Harvill, the Highway Department estimates that it would cost approximately $27 million to improve the 163 miles identified as “unsatisfactory.”

These aforementioned collector roads serve a critical role in the roadway network, according to Harvill.

Helping with emergency response and industrial, agricultural and commercial good transport, these roads gather traffic from local roads and funnel them to the higher classified state and federal ones.

Harvill added that while many rural roads that make up the county are not part of the 10-year plan, both he and Commissioner Eastridge assure residents that the county will do everything they can to keep them safe and passable.

Citizens can get more information on the condition of county roads and bridges across Alabama by visiting www.drivealabama.org or look for DRIVE Alabama on Facebook, Twitter, and Instagram.