Track and Field star Harris recognized by City of Lanett 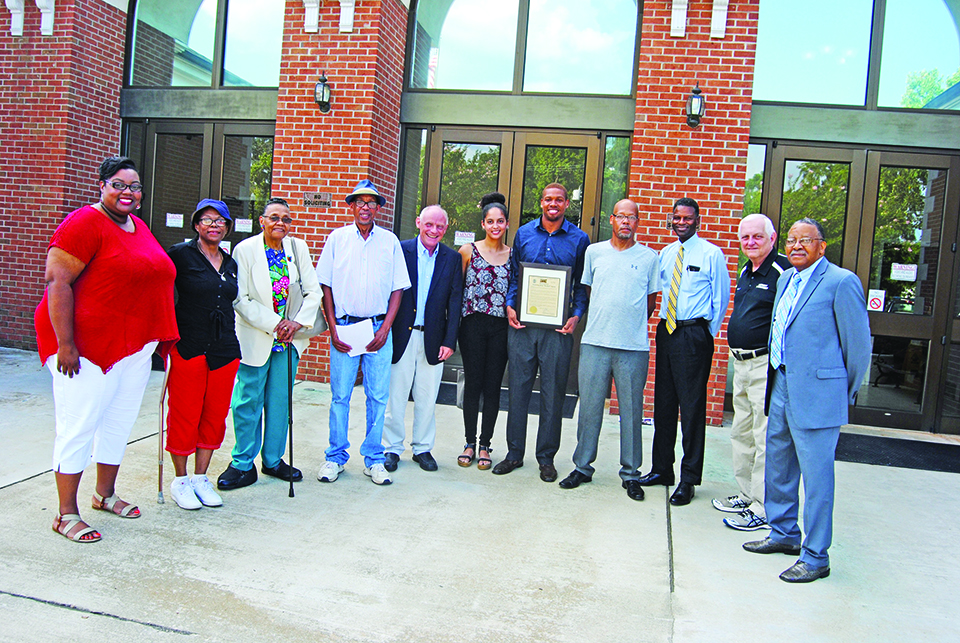 LANETT — It was literally his day.

“It was an honor to be recognized by my hometown and have the opportunity to be an ambassador for Lanett, Alabama,” Harris said. “It’s such a small place, sometimes I’ll tell people where I’m from and they’ve never heard of it and I think that’s a good thing because by the time I’m finished doing what I do, they’ll see what’s coming out of Lanett, Alabama. It’s always an honor and privilege to represent home.”

Harris graduated from Lanett High School in 2010 as a tri-sport athlete in basketball, football and track. He won seven individual state titles and the 2009 Junior 400m USA Championship. In 2008, he even won the Youth Basketball of America (YBOA) National Slam Dunk Contest, imitating one of LeBron James’ signature dunks by reversing, bringing the ball down between his legs and cradling the jam home.

“I wasn’t the best basketball player,” Harris said. “I was able to hold my role as far as getting the rebounds, lay the ball up, block shots but being such a great jumper really helped me out when it came to playing basketball.”

The athlete has doubled in the 400m and high jump on the track.

After receiving five All-American titles at Mississippi State University, Harris completed his college career at Florida State University, where set a school record in the high jump and earned an indoor NCAA Championship in the process.

As an athlete, he has traveled around the world to compete in international venues but he said that he wouldn’t change his upbringing at all.

“Lanett, Alabama prepared me for the world,” he said. “The things I learned in Lanett, I’d have to apply that to when I’m in Europe doing the travel circuit for competition. It’s stuff that I’ve seen before, just dealing with it on the other side of the world. Like I said, I wouldn’t trade my upbringing or where I’m from for anything because it prepared me for anything.”

Harris was still a teenager when he had his daughter. He admitted that the child’s birth wasn’t planned and he was concerned about the responsibility of raising a daughter at such a young age.

“God’s plan for me, including Track and Field…all of that, proved to be such an aid in parenting my daughter,” Harris said. “She’s been able to go so many places and see so many different things at a young age that it’s been a blessing for both of us.”

Looking ahead, Harris continues to work on his skills in music production and will soon reach out to local businesses in the Greater Valley Area to sponsor his run to the 2020 Summer Olympic Games in Tokyo, Japan.