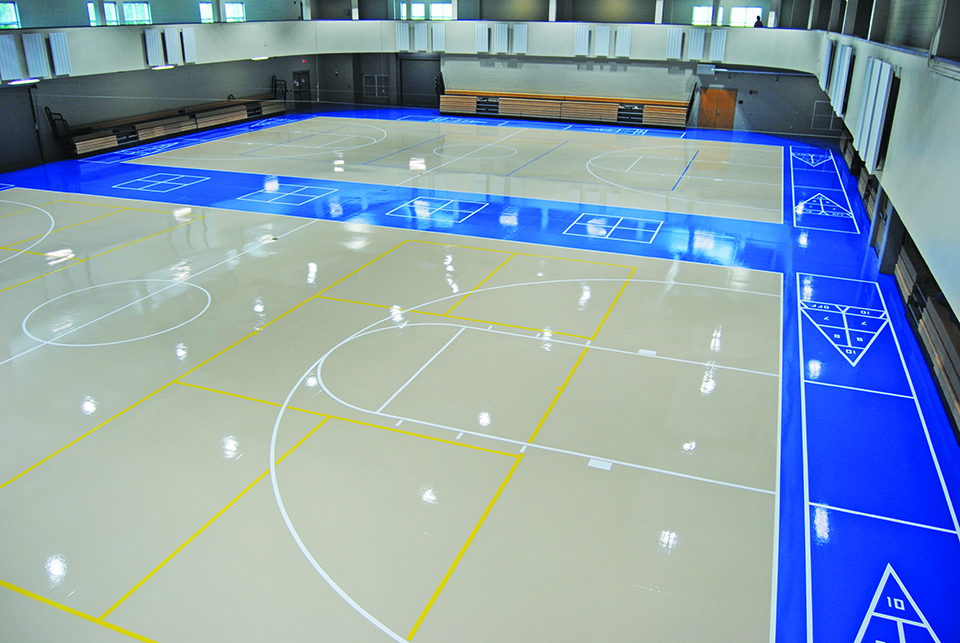 VALLEY — The gym floor at Valley Community Center has a new look and will be opening to the public on the day after Labor Day.

This is the first time since Riley’s been mayor that the Community Room has gotten a major do-over.

Valley Parks and Recreation Director Laurie Blount said that the work included sanding the old floor down to the concrete, repairing all cracks and areas where the concrete had chipped and leveling the floor outlets.

“The floor was then painted in blue and tan colors,” she said. “This part of the work was done by Blackwell, Inc. of LaGrange, Ga.”

The second phase involved putting down the lines. This was done by Ram Enterprises, Inc. of Montgomery, Ala.

“It took the workers three days to do this,” Blount said. “They had to do a lot of taping before they put the paint down.”

Blount said that she’s well pleased with the job that was done.

The final task that needs to be done before the big gym opens to the public is for the basketball goals to be put in place.

They are very heavy and have to be rolled into place. Delaying this past Labor Day will give the new lines sufficient time to dry and to bond with the undercoat.

With a new senior center and the gym floor repainted, Valley no doubt will be making a very good impression at this year’s State Masters Games, which will be hosted in the Community Center. An estimated 500 people in the 55 and older age group will be there.

The big event will be taking place over a three-day period in mid-October.

The Community Center was built in 2002 at a cost of approximately $6 million on land the city already owned.

To acquire the land and build a similar facility today might cost three or four times that much.