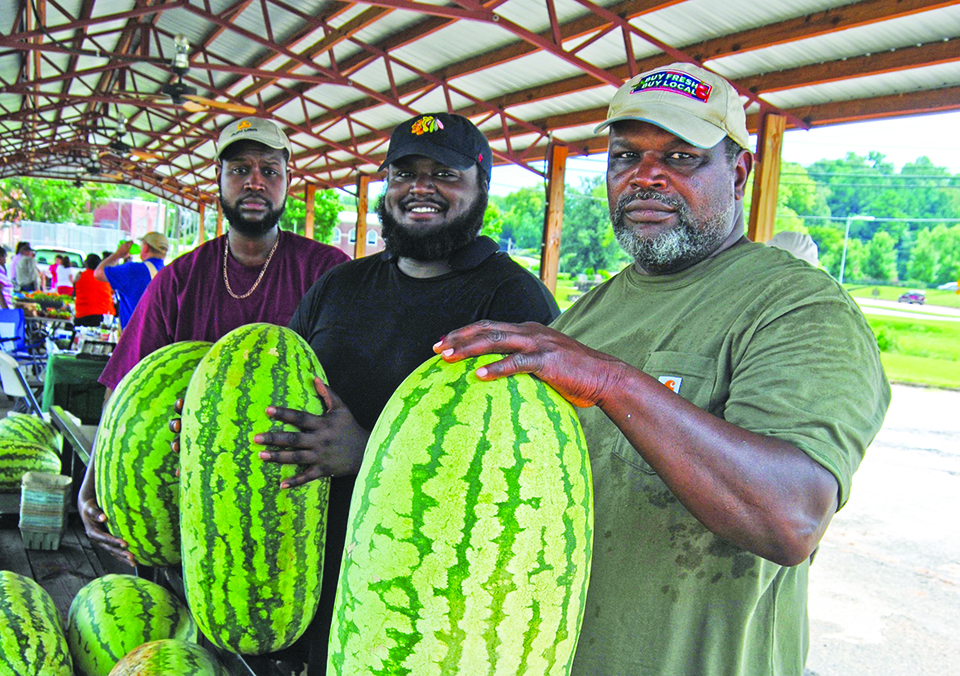 VALLEY — Walter Pulliam has been farming for most of his life and has grown lots of watermelons over the years but never has he had a crop like he’s had this year.

“I have different varieties every year,” Pulliam told The Valley Times-News. “One year I’ll have Jubilees, the next Crimson Sweets and another year I will have Dixie Queen yellow meats. Those Dixie Queens are the best I’ve ever tasted.”

In addition to watermelons, Pulliam grows a little bit of everything during the summer months – tomatoes, squash, okra. peas, rattlesnake beans and so on.

This time of year he’s planning for a fall garden.

“I’ll be setting out 10,000 collard plants tomorrow and next week I’ll be planting turnip greens,” he said. “I really love to farm. I’m working it throughout the year.”

Like Pulliam, Matthew Steele of Steele Produce, Shorter, Ala. had plenty of watermelons on      Friday. His dad, the late Thomas P. Steele, got him hooked on farming at an early age, and he’s done it his entire adult life.

“I like to grow everything,” he said. “I’m working on my fall garden now.”

Ora Finley of Camp Hill has had a good yield of produce this year as well. He had some watermelons for sale along with a good variety of fresh-picked produce.

The monster melons were hard to cut through, but once the knife got to that bright red interior, it was soft, sweet and delicious.

“They may be big, but they are really sweet,” Blount said.