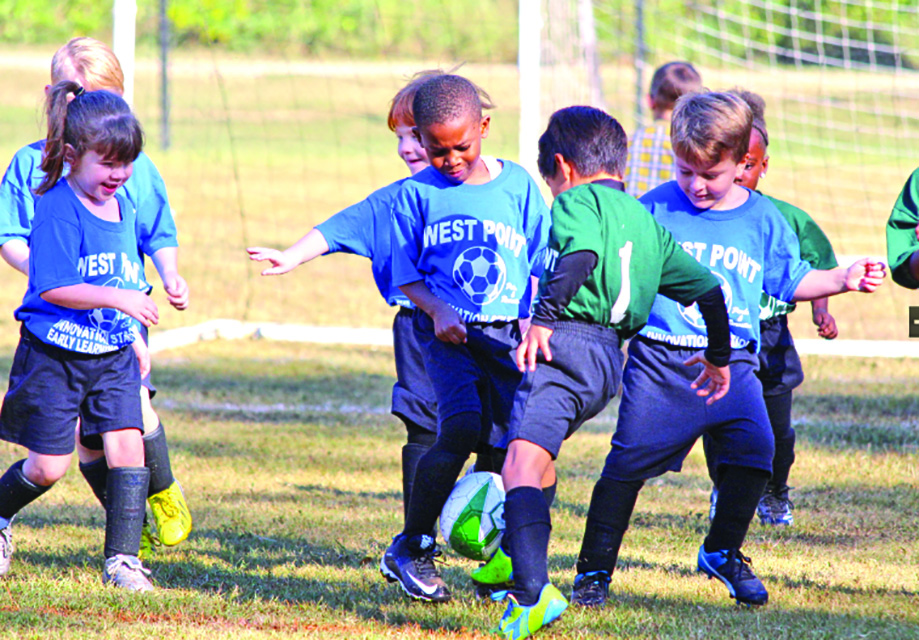 WEST POINT — Families across the Greater Valley Area can now register their children for the West Point Parks and Recreation 2018 Youth Soccer League.

“The kids seem to have a really good time and anybody can play it,” Parks and Recreation coordinator George Greene said. “It’s a sport where there are enough different skill levels out there. There’s something for everybody in soccer. You may not be able to hit a baseball, but everybody can kick a soccer ball.”

There are three objectives in the soccer league for West Point, one is to have fun and enjoy playing the game of soccer, while the other two are to provide an opportunity for skills development while emphasizing fundamentals and promoting teamwork and sportsmanship.

There are five age divisions that span from 4-year-olds all the way to 14-year-olds. The age of each participant is determined by the age of the player on Sept. 1.

Reports of increased concussion rates from soccer and football have surfaced in the past few years, thus the recreation department has made steps to ensure the safety of all players. On Sept. 11, players from the Point University men’s and women’s soccer teams will be on the West Point City Park’s fields to host a clinic for the players. In the 45-minute sessions, the participants will learn the basics of the game, like how to properly hit a ball, to keep everyone as healthy as possible.

“It’s fantastic, because we’ll have the women’s head coach [Randy Douglas] and his assistant [Natalie Zierten],” Greene said. “It gives the kids an opportunity to meet the players who are of a very high skill level and learn from them.”

T-shirts, shorts and shin guards will be handed out to each player before the first game. The games will be spread out throughout the week on Mondays, Tuesdays, Thursdays and Saturdays.