Wildcats quickly prepare for next Friday’s season-opener at home 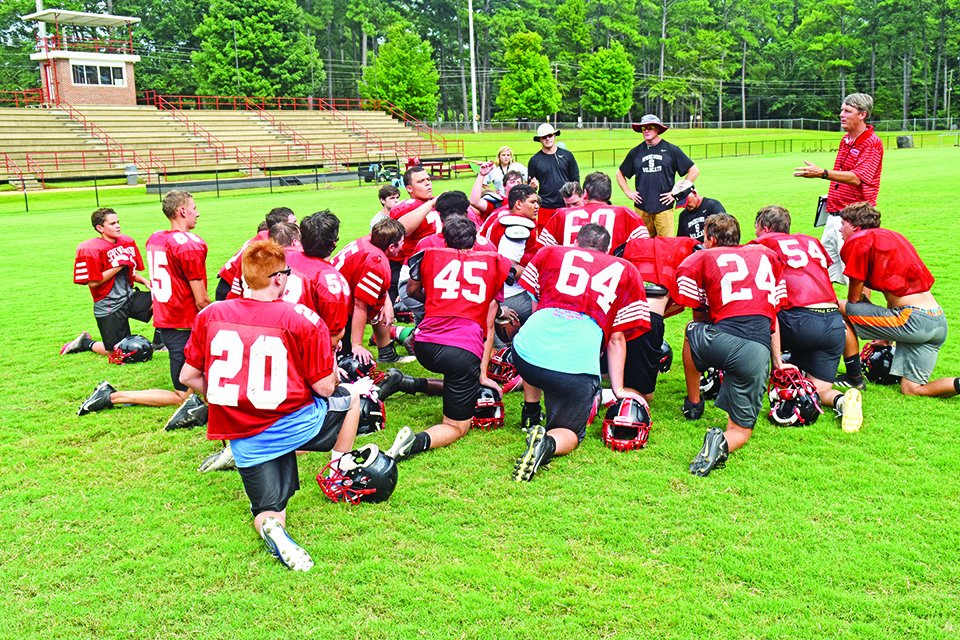 LANETT — Three weeks after agreeing to terms to become the team’s new head coach, John Gartman is six days away from leading the Wildcats in its season-opener.

The new coach is currently implementing the Wing-T formation on the offensive side of the ball.

“It’s been a big change for them because their style’s a lot different than what’s been done before,” Gartman said. “Plus, you have a different numbering system, play system and all that different kind of stuff. It’s been kind of a slow progression putting it all together but I think we’re getting to the point where we’re finally starting to understand everything and not just what we’re doing but why we’re doing it. We’re getting a deeper understanding of our offense and that’s what we want to [do].”

Springwood’s rival, Chambers Academy, has been successfully running the Wing-T on the offensive side of the ball. The Rebels have gone to three consecutive state championship games running the formation, led by seniors Jordan Gillespie and C.J. Lyons in the backfield.

“Obviously, I think a lot of the Wing-T because I run it,” Chambers head football coach Jason Allen previously said. “I think it’s going to bring even more excitement to the rivalry and he’s [Gartman] going to do a really good job with those guys.”

The Wildcats have firepower in the backfield of their own with sophomore standout O.J. Tolbert, who rushed for nearly 900 yards last season despite missing three games. Tolbert was also on long-snapping duty during Friday’s practice with the special teams unit.

“First of all, he’s a very good kid,” Gartman said of Tolbert. “I’ve been impressed by his attitude. When I first got here, he had some lingering effects from an ankle injury but he’s finally overcome that and he’s back to 100 percent. He’s done a good job for us. He’s got some versatility. He’ll play a couple of different running back positions for us. He’s going to be our snapper, so he’s got one of our bigger roles this year.”

Springwood School is hosting Success Unlimited this Friday at home to open the 2018 campaign. Despite this year being the first season Success Unlimited will have a football program, the school had a boys’ basketball team that went 15-5 last year and has a nice group of athletes on the football team, sources said.

“Even when we prepare for teams that we know more about when we have film, we still pretty much do what we do,” Gartman said. “We’ll take film and study it and we’ll make some changes and adjustments based off of what we expect but still, for the most part, we just do what we do and as long as we execute, we’ll be okay.”

Kickoff for the season-opener at the Springwood School is at 8 p.m. EDT.