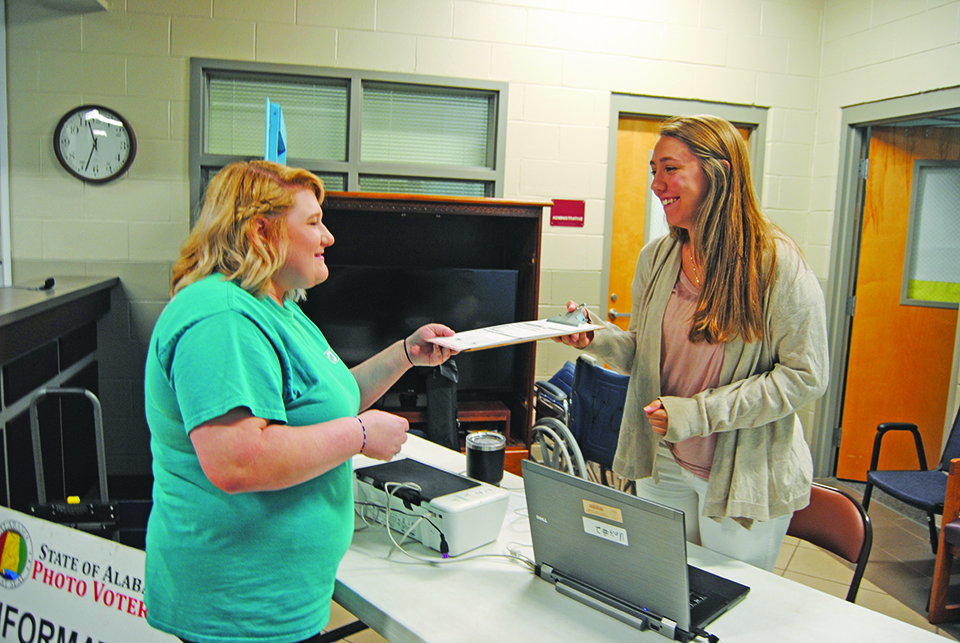 “Since I became Secretary of State, we have registered more than a million new voters who have helped us shatter state records for voter registration and participation in elections,” he said. “But we also want our voter rolls to be up-to-date, so we are urging everyone to take a moment to make sure their current address is correct with the state system. We are pleased to participate in this special day that encourages more participation in the electoral process. We continue to work daily to make sure every eligible U.S. citizen in our state is registered to vote and has a photo ID. We want to make it easy to vote and hard to cheat.”

As part of the Secretary of State’s outreach effort, Tempest Cantrell was at the Valley Community Center Tuesday morning, registering voters and encouraging them to take part in voting.

“Five or six people in our office travel throughout the state talking to people about voting and making photo IDs,” she said. “We will visit every county in the state before November. We want everyone who’s eligible to vote to know that the registration deadline to vote in the Nov. 6 general election is Monday, Oct. 22.”

Since 2012, more than 1.4 million people around the nation have registered to vote or update their registration as part of the event.

This year, libraries, schools and other partners will hold local voter registration drives.

Alabama residents can update their voter registration information by downloading the “Vote for Alabama” app on your smartphone or visiting the Secretary of State website at http://sos.alabama.gov.

“There is no freedom more integral to this Republic than the right to vote and participate in our democratic process,” Merrill said. “I am so proud we are able to work with the partners involved in National Voter Registration Day to help make increased participation a reality in the state of Alabama.”

For a full list of partners or more information about National Voter Registration Day, visit