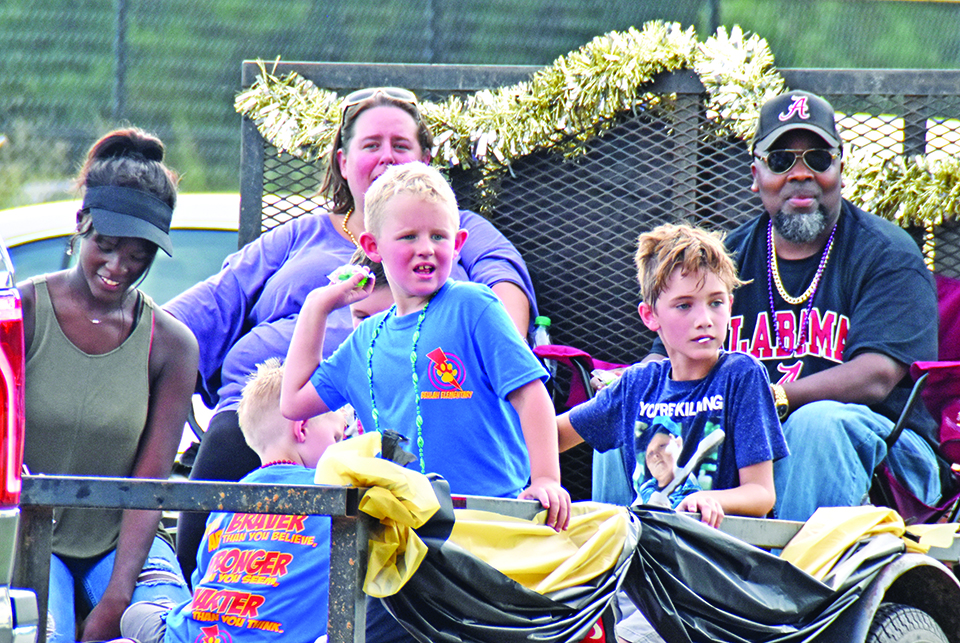 BEULAH — Floats and smiles alike were shared among the attendees at Beulah’s homecoming parade on Thursday night.

“A lot of people come back in town for this,” Beulah head football coach Cody Flournoy said. “It’s one of the beauties of being in a small town, a small community. People are really close-knit, everybody knows everybody.”

The various floats included Beulah’s homecoming court, marching band and football team, all of which paraded through the community. After the route, the high school clubs collaborate to host a pep rally that featured games and contest for community members to enjoy to end the night. At the event, there was a bonfire and alumni who came from out of town were recognized for coming back for the weekend.

Beulah’s homecoming dance tops the events for the week, where one side of the auditorium is reserved for the junior high students and the other for the high schoolers.

The Bobcats are off to a 3-0 start in Flournoy’s second season at the helm. The team went 3-7 last year. Last week, the Bobcats defeated Montgomery Academy in a 27-26 nail-biter for the first time since 1995.

“Win or lose, they’re going to be there, but having a winning environment right now, there’s a lot more excitement, a lot more chatter,” Flournoy said.

Tonight, in addition to crowning the Homecoming King and Queen, Beulah’s football team will go for its fourth win in a row against Prattville Christian. Prattville comes into the week with a 1-1 record after losing to Pike Road 28-7 last week.

“No sad faces this year, we better win so we can dance at homecoming,” Flournoy relayed to his team during practice this week.

In addition to giving his team some words of advice, Flournoy also had a message to deliver to the Beulah faithful.

“If you’re going to come to this game, you better get here early,” he said. “You might have to sit on the visitors’ side, which is always open. Make sure you get here, park. People who have been here know our parking situation, you have to walk a ways sometimes.