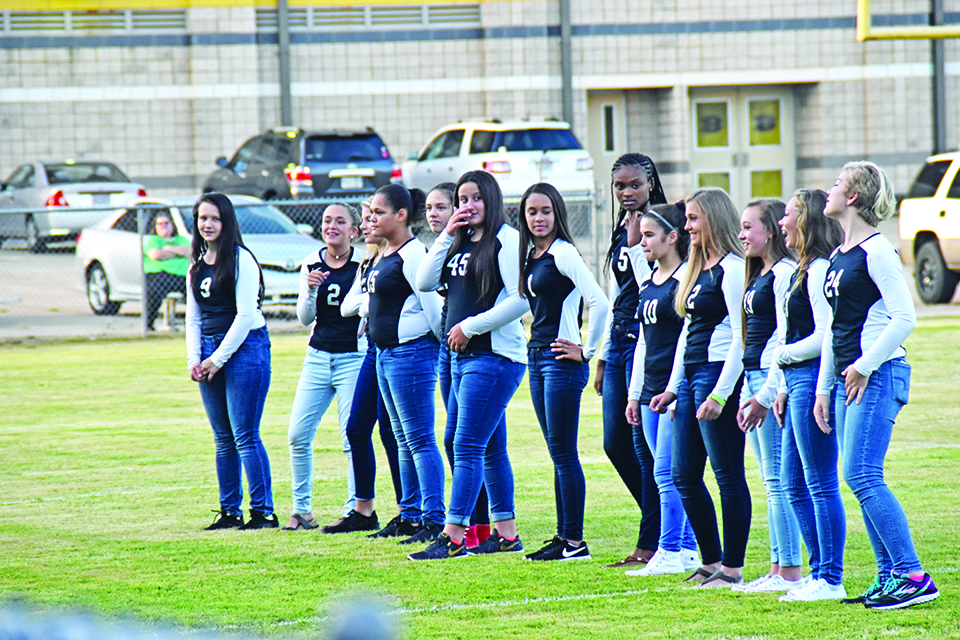 The junior varsity Rebels once again won in straight sets, 25-12 and 25-17. It was the second consecutive matchup where the junior varsity team won in a sweeping fashion. Last Thursday against Cornerstone Christian, Chambers won 25-6, 25-11.

“The JV [team] is just phenomenal,” Chambers head volleyball coach Jaylan Reynolds said. “We have such great young talent in the school and they did a fabulous job. They’re so adaptable. You can tell them that we’re going to switch things up, we’re going to put somebody in a different position and they respond with ‘okay, let’s do this.’ I enjoy that so much.”

“It was fantastic,” Reynolds said of the win. “That is the first (AISA) AA team that we’ve played since Edgewood. It was great to go out there and be extremely competitive as well. They enjoy giving me heart attacks though. I think they enjoy seeing me sweat.”

Adaptability is also what impressed Reynolds from the varsity team.

“The attitudes are great,” Reynolds said. “Both on the court and on the ones that are on the bench, they are just so fantastic.”

Chambers faced Restoration in a home regional match on Thursday and will travel to East Memorial Christian Academy on Monday afternoon.

The Beulah Junior High Bobcats dropped two matches in its season-opener at home on Wednesday.

“Overall, the Bobcats played well for our first matches,” Beulah varsity volleyball head coach Allison Aikens said. “However, we do need to work on getting more of our serves in and our transitions at the net.”

Amya Dunn and Shelby Owsley were among the standout Bobcats who acknowledged in the first day of play for the team. Despite the losses, Beulah remains encouraged by what they saw from the newcomers of the team led by head coach Sabrina Milligan.

“Even though we did not win tonight, we had a lot of positive things and we are looking forward to a great year of volleyball,” Aikens said.The junior high team played again on Thursday afternoon at Sanford. The varsity team will join the Junior High in competition next Tuesday at Reeltown.