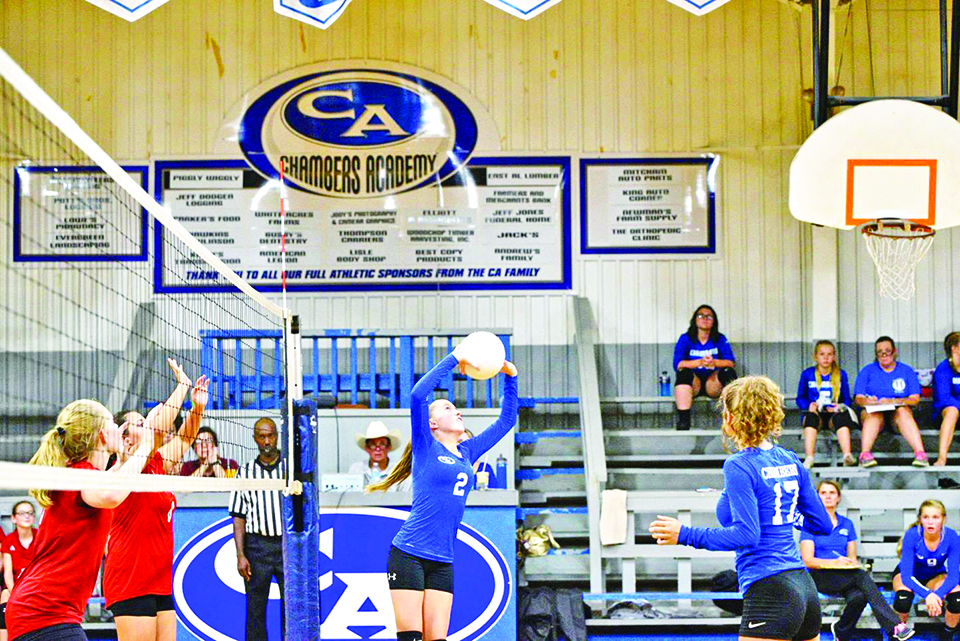 SET IT UP: A Chambers Academy player sets up a teammate. Photo submitted by Ashley Rodgers Oliver

After a two-day intermission, Chambers Academy returned to the court in another road trip to Restoration Academy. The Rebels dominated Restoration in the head-to-head battle, sweeping the opponents 25-6, 25-14, 25-18.

After a weekend off, the volleyball varsity and junior varsity teams hosted Lee-Scott Academy and Evangel Christian Academy on the Rebels’ home floor on Monday and Tuesday afternoon, respectively.

Chambers’ schedule doesn’t seemingly let up until Oct. 2, when the team will have a six-day break until the next match.

Before the Rebels home matches on Monday and Tuesday, Chambers’ varsity record stood at 6-6.