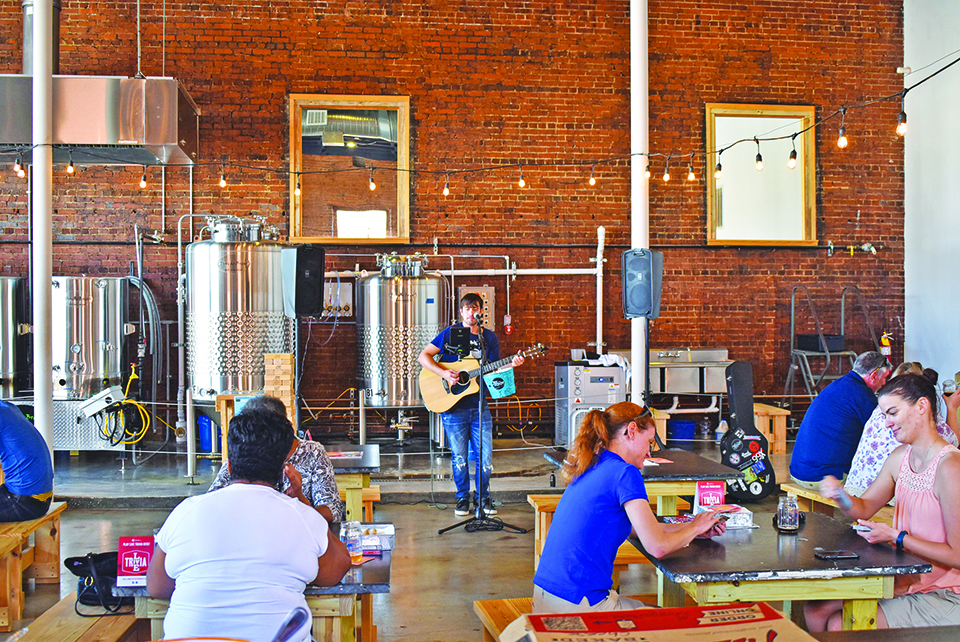 WEST POINT — Throughout the afternoon and evening on Saturday, Sept. 1, sports fans, locals and those from out of town alike were filtering in to West Point’s flagship brewery, Chattabrewchee.

While the brewery has consistent business year round, Saturday saw even more folks coming through to celebrate the business’s one-year anniversary. Live music, free food and the best beer kept people occupied all day, enjoying each other’s company and the first college football games of the season on the mounted screens.

Chattabrewchee’s co-owner and founder Mike Denehy was wearing his opossum-branded t-shirt and hat as he and the rest of the staff greeted familiar faces and newcomers alike to the celebration.

He and his wife Kathy, who could not attend due to her active service in the Army, opened the brewery a year ago to not only give West Point a new, hometown attraction, but to give themselves the personal challenge of running a business.

“I encourage everyone to start their own business at some point,” Mike Denehy said. “It is a great lesson in how our society works and I am happy to be putting money into the system and creating economy versus taking money out as a government employee.”

After walking through the glass doors, up the stairs and over to the counter to get a prepaid tap card, customers were treated to a full rundown of the different brews and their flavors from General Manager Brian Dunne.

Dunne started working with Mike and Kathy before the brewery even opened a year ago.

As their longest employee, he said the first year has been successful for the business and the community.

“It’s been great,” he said. “It has been nice to see the change as we introduce the product to new customers. A lot of local people, we are introducing them to the product as well. We get a fair number of people even coming over from Fort Benning because of the military tie in with Mike and Kathy.”

The amount of customers support shows, too.

In numbers provided my Denehy, Chattabrewchee’s first year saw 8,328 individual tap accounts open, 73 different beer recipes, over 17,330 ounces of their most popular brew, Backwater Blonde, and distributed over 650 kegs of their beer in Georgia.

Their gains aren’t all personal, either.

Saturday saw the taproom and outdoor beer garden of Chattabrewchee full of people celebrating the first year of the new West Point mainstay.

“We are starting to see more and more locals in our taproom and more and more taps in the local Troup County area,” Mike Denehy said. “While we cannot make the claim yet, we will consider ourselves a success when our neighbors in West Point, LaGrange, Valley, Lanett and Auburn/Opelika consider us a hometown favorite. We think that is going to happen in our second year.”