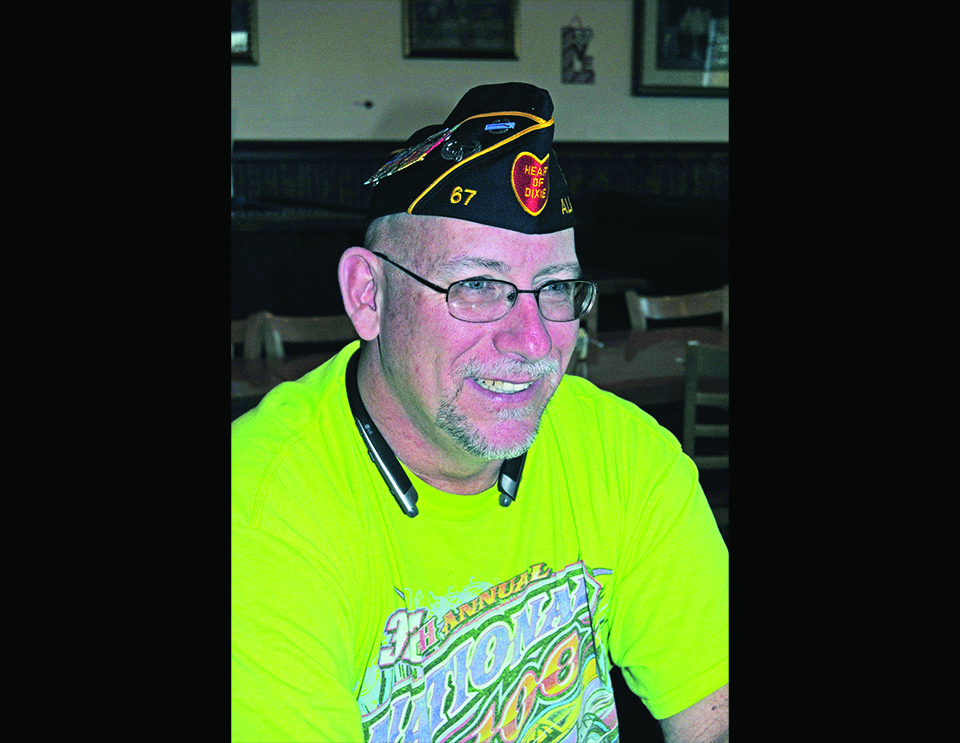 VALLEY — American Legion Post 67 member Ron Douglass had a 26-year career in the U.S. Army that spanned both wars with Iraq. He was in Operation Desert Storm in 1990-91 and Operation Iraqi Freedom in 2005-06. In the more recent conflict, he was a federal employee assigned to the 5th Corps Headquarters in Heidelberg, Germany when deployed to Iraq as a soldier.

The Army made good use of his lengthy experience by appointing him to the rank of senior ground safety manager. His duties required him to make two daily reports to Lt. General Peter Chiarelli.

“He was my boss,” Douglass said. “Twice a day I had to give him the latest reports on casualties and overall operations.”

Chiarelli was a three-star general at the time and retired in 2012 with the four-star rank. In Iraq, Chiarelli reported directly to General William Casey Jr., the overall Army commander in Iraq who reported directly to the Pentagon. Casey later became the chief of staff, which is the highest rank in the Army. He was the 36th general in the history of the Army to serve in that role and was appointed to the rank by President George W. Bush.

Douglass had a very demanding position in Iraq. In addition to handling reports from the U.S. Army, he also dealt with them from other coalition forces, including reports from non-English speaking countries.

He was in the National Guard from 1994-98 and a federal employee with the Army until 2010. After basic training at Fort Benning in 1984, Douglass was stationed at Fort Dix, N.J. before being deployed to Korea.

He later spent some time at Fort Campbell, Ky. as a member of the famed 101st Airborne Division.

He was with the 25th Infantry Division in Hawaii when the Persian Gulf War broke out in the early 1990s.

“I went to the Persian Gulf region twice,” Douglass said. “The first time was in Desert Storm in 1990-91. The second time was in 2005-06. I was not in the Army at that time. I was a federal employee assigned to the Army. I was stationed in Germany when I was deployed to Iraq as a soldier.”

He said that he was grateful to have been given such an assignment and was gratified by a plaque that was given to him in appreciation for such service to our country.