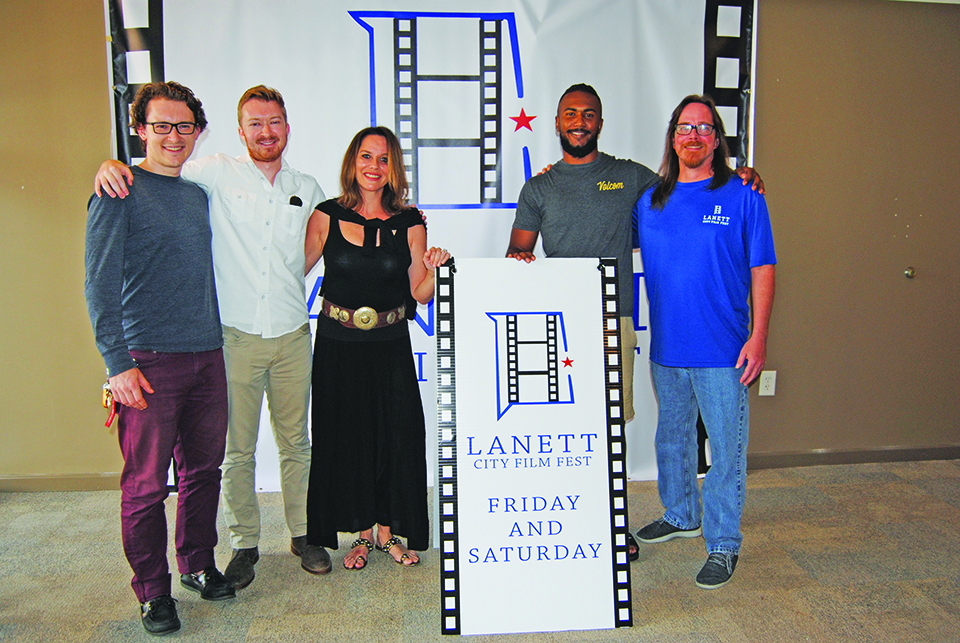 LANETT — Attendees at Saturday’s Lanett Film Festival were among the first theater-goers anywhere to see the feature film The Scenic Route. It was filmed over an eight-day period in June in Dayton, Ohio.  The movie is a suspenseful thriller reminiscent of Alfred Hitchcock’s classic films of the era from 1940-60.

The film’s director, Josh Tippey; cinematographer, Isaiah Jones, and lead actress, Louise Ashby, were in town for the showing and were eager to discuss the roles they played in the movie’s production.

Tippey said that he was most pleased for his work to be showcased in the film festival. “Things are going well,” he said. “The turnouts have been good. I’ve known Eric (Wright) for a long time. I love what you guys are doing with the festival.”

The Scenic Route is Tippey’s first feature film. “I have always wanted to be a filmmaker,” he said. “It took only eight days for us to shoot The Scenic Route, but we’ve been editing it night and day since then. “

Tippey has written several novels, but The Scenic Route is his first on-screen effort. He credits Jones and Ashby on being first-rate people to work with.

Ashby plays the part of Anja, a victim of a kidnapping who experiences one crisis after another, all in one night. “I love this role and loved working with Josh and Eric. You could sense their passion for filmmaking.”

Jones, who like Wright is from the Atlanta area, said that The Scenic Route had been a very good experience for him. “I really enjoyed working on it. It went really smooth. Josh and Eric knew what they were doing.”

Tippey said that events such as the film festival, where audiences get to see his work, are most satisfying.

“When your work is shown in front of people that’s when it pays off,” he said.

Tippey and Wright are now collaborating on a documentary on immigration.

“We are taking a neutral stance on it,” said Tippey. “We will be going from Alaska to South America with an emphasis on the U.S. border with Mexico. It could be interesting to follow this.”