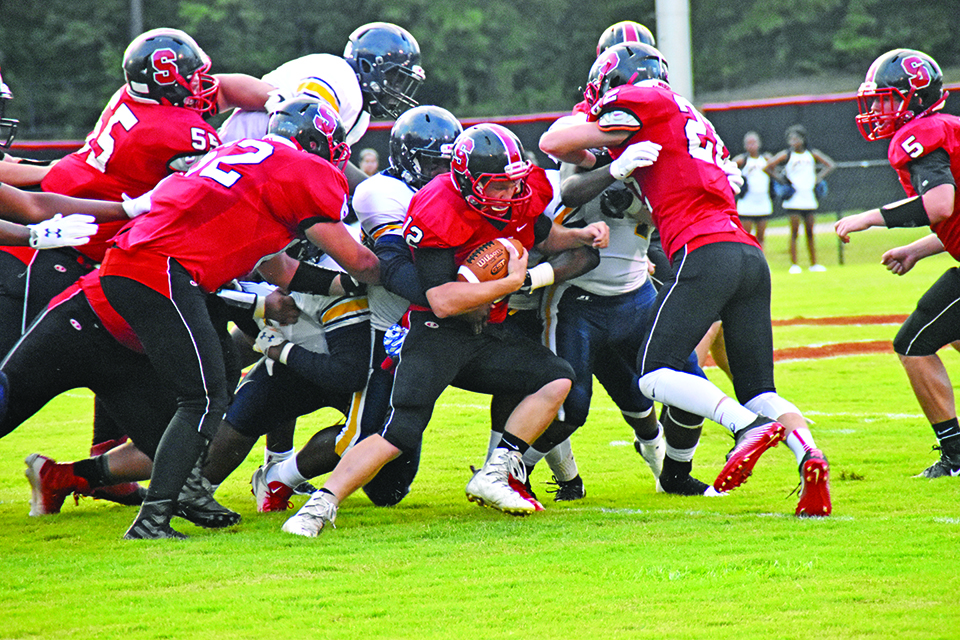 RUNNING ATTACK: No. 10 Springwood returns to action tonight at home against Edgewood. Dylan Anderson and O.J. Tolbert have led the Wildcats this season with the rushing attack.

Wadley entered the season with new head coach Jonathan Farr after Ken Fordham resigned in May. Fordham had a 43-15 overall record in five seasons at Wadley, but Farr hasn’t allowed much to change. Last week, the Bulldogs shut out 2A Woodland 48-0. Wadley held its opponents to -1 net yard in the game. Wadley’s Trevor Coleman found the end zone three times on Friday night, which included an 82-yard kickoff return. Wadley received votes in the Alabama Sports Writers Association’s (ASWA) latest state rankings poll.

This marks the first region game for both Wadley and Lanett this season. The Panthers are coming off a 35-7 road win at No. 8 LaFayette. Lanett’s two four-star recruits Trikweze Bridges and Kristian Story had breakout plays that propelled the team to the win. Bridges grabbed two touchdown receptions in addition to his second pick-six of the season in the team’s first two games. After struggling to scramble for most of the first half, Story broke free for a 52-yard touchdown run with 2:20 to go in the second quarter.

LaFayette travels to Vincent. Vincent has lost to 4A White Plains and 1A Holy Spirit so far this season. The Bulldogs of LaFayette bring a strong defense led by All-State selections LaJareon Bryant and Jaquavion Boston-Gaines.

Springwood is at home against Edgewood Academy. Edgewood has already doubled its win total from last year with victories over Lee-Scott Academy and Northside Methodist Academy. Springwood is led by the running attack of Dylan Anderson and O.J. Tolbert in the team’s new Wing-T offense under head coach John Gartman.

Valley is hosting Beauregard. The Rams lost to 7A Smiths Station 27-0 last week in a game that was called at halftime due to storms.

Beauregard has lost to 6A Benjamin Russell and 6A Eufala so far this season. Last season, the Hornets made a run to the third round of the state playoffs. Valley is led by freshman running back B.J. Baker and senior defensive back D.J. Dunn.