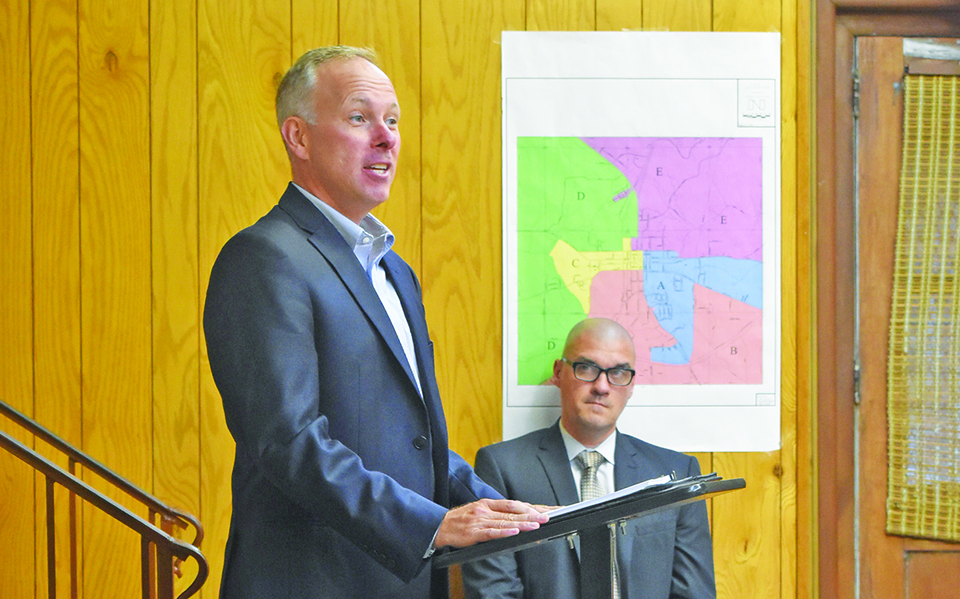 LaFAYETTE — In the approach to the end of the year, the city of LaFayette underwent an audit. Presented Monday night to the council and citizens by an auditor from Jackson Thornton Certified Public Accountants, it was revealed that the government and its citizens were in a positive financial standing.

Accountant Chris Neuenschwander was present in the city council chambers to go over the past year’s finances.

To get everyone in the room up to speed, he started by explaining what the audit actually investigated.

“It’s pretty rigorous,” he said. “We come out and evaluate the processes and procedures that [City Clerk] Louis [Davidson] and his team go through every day, monthly and yearly, to gather the necessary information.”

Neuenschwander explained that the audit looked at budgetary procedures, invoices and the processes through which all governmental bodies, like the police and electric system, handle their money.

“It’s a little bit more than writing checks and getting the money, it’s putting it in the general ledger and reports for you [the city] to evaluate,” he said.

Going over the highlights of the audit in terms of positives and negatives instead of hard numbers, Neuenschwander started by assuring the council that the city had very little debt and that what they did have was in the electric system and almost paid off. The audit also showed that the city had “cash in the bank,” a positive net position that came from the city bringing in more money than they spent.

“It’s a healthy net position, it’s a positive net position, so that means the equity of the town is good,” he explained. “That is what someone would look at right off the bat to evaluate the town.”

According to the audit, ad valorem tax and the monies brought in from business licenses paled in comparison to sales tax which “drives the general fund.”

In terms of money going out, Neuenschwander said that the city put a financial focus on public safety with public works coming in at a distant second

The city took in more revenue than they expected, $2.5 million as opposed to $2 million and budgeted their expenses successfully, according to the report, only under-budgeting in capital outlay.

Neuenschwander said that this is common in most municipalities.

“There’s not many towns that I’ve worked for that have your net position with little debt,” he said in closing.

The members of the city council who were in attendance Monday made it a point to highlight city clerk Louis Davidson and thanked the work he did with the city’s finances for their good standing in the audit.

“It’s much easier to sleep at night when you have little to no debt,” said Mayor Barry Moody. “We are very proud to be almost debt free… We want to make sure that we take the money that we get from citizens and use it wisely.”