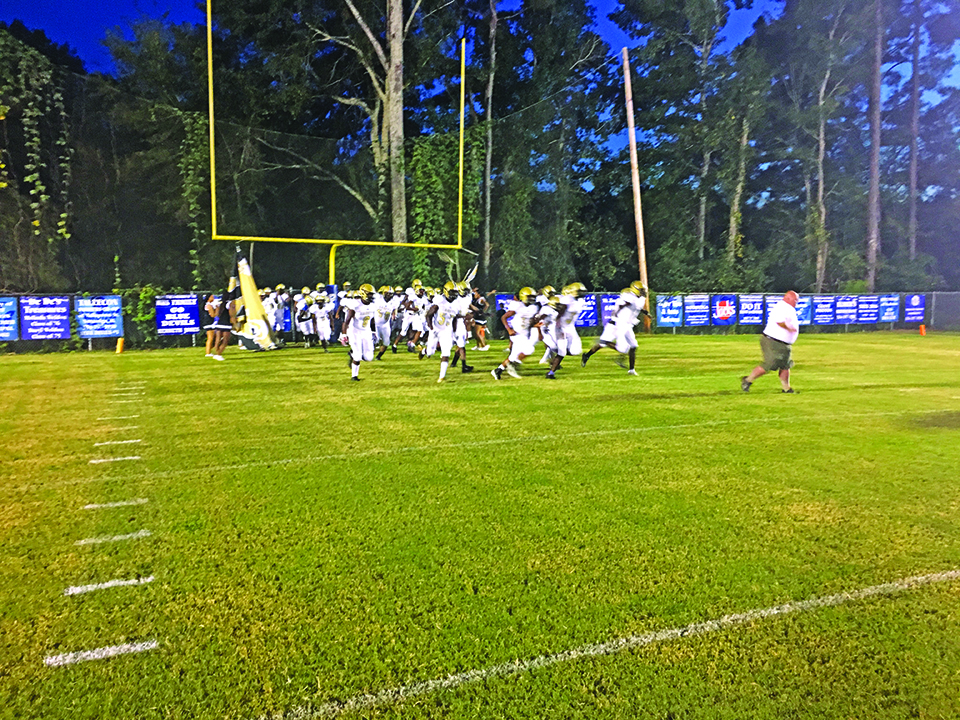 NOTASULGA — Lanett breezed their way to victory against Notasulga on the road in a 42-0 one-sided demolition derby. The Panthers improves to 4-1 on the season with their second straight shutout.

The band members playing the national anthem weren’t the only ones who sputtered at the start of the game. As Lanett lined up for the kickoff they somehow managed to get a delay of game. It was one of their only miscues for the rest of the night.

On their first offensive snap of the game, the Panthers started in the red zone.

Right before the team had just forced a three and out after Notasulga continued to shoot themselves in the foot with penalties and a punter miscue.

The players in white towered over each and everyone on the opposite side of the line of scrimmage foreshadowing the domination that was about to take place.

With two straight run plays, the Panthers advance their way closer to the end zone. Once they were 2 yards o

Standout quarterback Kristian Story pulled the handoff on the read option and walked his way into paydirt. A certified stroll. It was that kind of game.

The win wasn’t the only thing to play for though. Senior safety Trikweze Bridges captured his 32 career interception which puts him four shy of the Alabama state record.

The four-star recruit has four more league games to etch his name into the record books.

Next week, Lanett takes on Handley at home looking to extend their shutout streak.