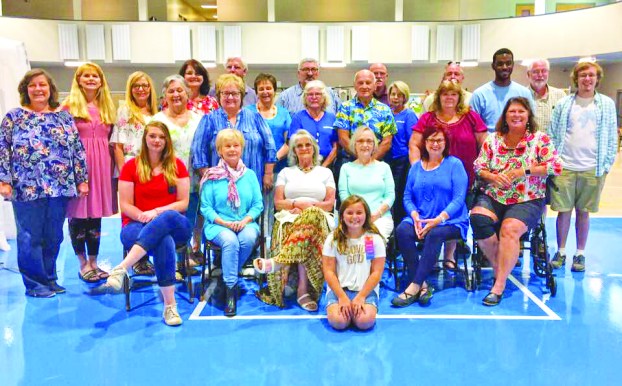 ‘Last of the Goodtime Summertime’ brings out crowd

VALLEY — To celebrate the end of summer and local artists, the Valley Arts Council held the “Last of the Goodtime Summertime” art show over the weekend of Sept. 15.

Bringing out artists young and old, seasoned and relatively inexperienced, the art show acted as a way for local artists to show off their work, receive prizes and get to meet others who share their love for creation. Valley Arts Council president Suzie Britt said that the show was a success, bringing out approximately 274 people over the two days of presentation by 43 artists.

“We were just thrilled, really, and very thankful,” she said. “Overall, this area has, over the years, shown a lot of support for the arts.”

Britt said that the Valley Community Center gym and Crowder Room were consistently full of people perusing the paintings, drawings, sculptures, wood art and other wares being shown and sold by artists.

The main show in the gym had adult presenters competing for first, second and third place in their mediums which were determined by judges Vee Brown, Wanda Kinnemon and Charlie Warner of the Arts Council. The Crowder Room featured a youth art show, allowing younger artists to show off their work to the masses.

No matter the age or the medium, Britt said the best part of this show, like all the others they’ve had in their almost 20 years of existence, was the art council’s ability to bring together new artists.

“Our main goal from the beginning has been to seek out the unknown artists of the area and bring them forward to offer them opportunities and encouragement to continue with their art,” she said. “We have been pretty successful with that. Nine times out of ten these artists do not even consider themselves artists or even worthy to show their work. It’s really satisfying to us to bring them out, show them off and encourage them.”

With the new artists learning from older ones and the older ones getting feedback from their peers, Britt said that all creators benefit from the networking that comes out of the art shows.

“It’s always the networking with other artists and having the public come in to show their appreciation for what we do and encouraging us to continue doing it,” Britt said. “It all comes down to the people, that’s who it’s all about.”

Britt said the council gives many thanks to the City of Valley for allowing them to continue their craft. Their next event will be sometime in the winter, according to Britt, and will be free to the public.

WEST POINT — There was lots of sawing and hammering going on early Saturday morning at the former CraftMaster Furniture... read more