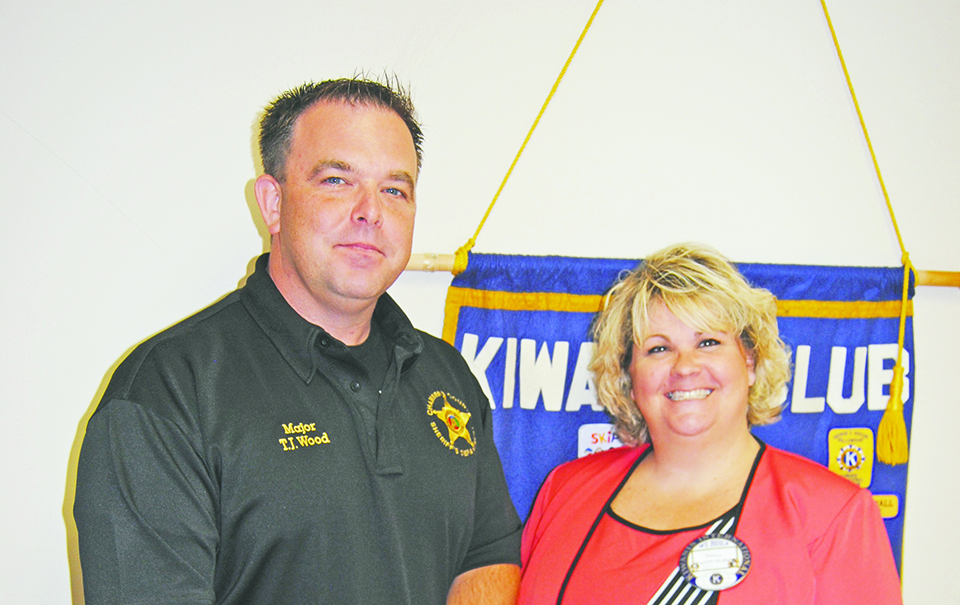 VALLEY — Major T.J. Wood of the Chambers County Sheriff’s Office was the guest speaker at Wednesday’s noon hour meeting of the Kiwanis Club of Valley and discussed a sensitive topic right now – major upgrades that are needed at the county jail and their exorbitant costs.

There have been some major societal changes since the original jail was built in 1950. It was designed to accommodate a maximum of 30 inmates. A major, and much needed, expansion took place in 1991.

What’s needed now is an incarceration facility that can hold up to 190 inmates with larger facilities for female inmates. To expand the present jail to a 120-bed facility with three dorms (i.e. two housing areas for men and one for women) would cost an estimated $5.3 million.

Wood described the current jail as a large square-shaped structure that’s boxed off into dorms. An expanded jail for Chambers County would have to be built in phases. The first phase would be to build an extension to the present jail that’s large enough to safely hold the current inmate population. The existing portion of the jail could then be worked on. The current facility needs some major plumbing improvements.

“It will be hard to move around inmates while this is being done,” Wood said.

Sheriff Sid Lockhart was scheduled to speak to the club on Wednesday but had to cancel due to being in Montgomery speaking to state officials about the high cost of feeding inmates. By state law, the sheriff is responsible for that and if it comes down to it, the cost comes out of his own pocket. All meals are supervised by a nutritionist, and they are fed three times a day.

One of the big differences between now and 1991 is the growth of the female population. That expansion was designed to hold a maximum of 16 female inmates.

“We’re now averaging between 20 and 25, all in the same block,” Wood said. “The main concern we have is that it’s not good to have a woman who’s being held for murder in the same area where another woman is in there for not making child support.”