No. 8 LaFayette bounces back from season-opening loss, shuts out Vincent 40-0 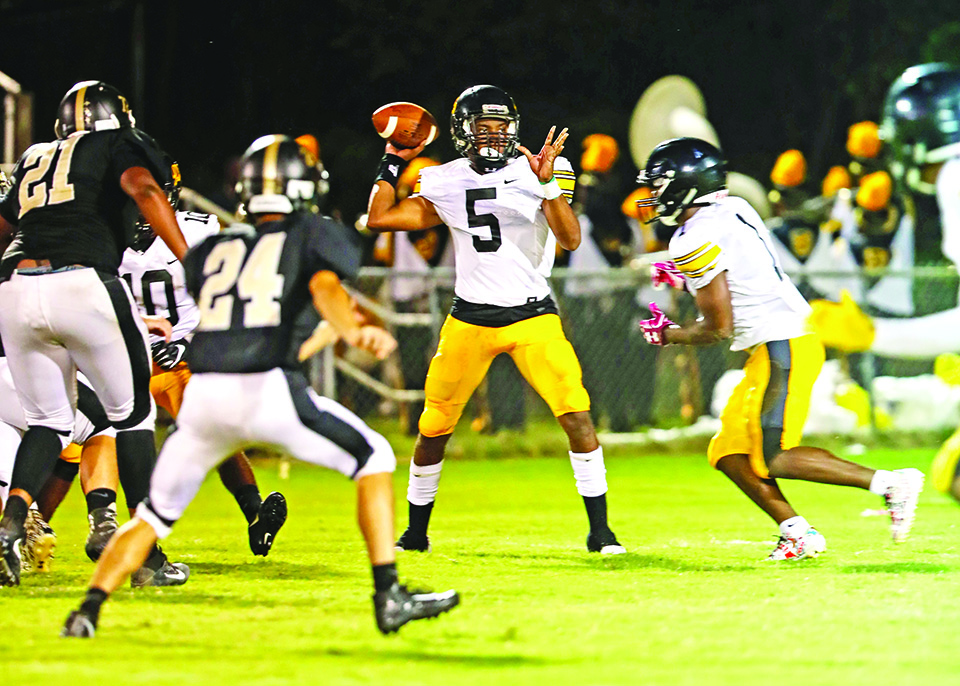 VINCENT —  AHSAA 2A No. 8 LaFayette turned in a bounce-back performance against Vincent last Friday, coming back to Chambers County with a 40-0 victory.

“I felt good about the win,” LaFayette head football coach James Lucas said. “For all three phases to be productive, that’s great.”

Junior Keandre Peterson led the Bulldog rushers, collecting 136 yards and a touchdown on nine carries. Junior VJ Tolbert also had 81 yards on 11 carries and two touchdowns in the win.

Senior quarterback Jaelin McCurdy threw for 206 yards, one touchdown and no interceptions while scrambling for 130 yards and a touchdown to boot.

“Like I told ‘J,’ you don’t have to try to beat teams by yourself,” Lucas said. “He did a great job of distributing the football, gaining first downs turning those into touchdowns. He saw that in the film room, so hopefully that will encourage him to perform better this week when we’re getting ready to go up to Thorsby.”

The Bulldog defense only allowed 177 total yards from the Vincent offense. All-State senior Doug Bryant had 14 tackles and one sack while senior Trevor Vines contributed 12 tackles. Bryant’s fellow All-State teammate JaQuavian Boston-Gaines had eight tackles on the night as well. Junior Dai’Quan Giddens was the team’s third-leading tackler with nine tackles and sophomore Julius Bullard also had seven tackles in the effort.

The performance by the senior-led defensive corps is what Lucas pictured during offseason workouts.

“These seniors are starting to buy into the program the way we want them to and they’re starting to see things the way we ask them to,” he said. “It’s not about being selfish or anything, it’s about being a team. Like I told them, defense wins championships and you’ll know that by the reflection on the scoreboard. By them shutting out Vincent, it really showed them that they can get it done, so we’re going to try to take that and build from there this week.”

The Bulldogs will now travel to face off against 2A No. 7 Thorsby in a region showdown. Thorsby has outscored its opponents 129-26 in the team’s first three games this season. Discipline, understanding assignments, taking care of the football and forcing the opponents to turn the ball over on offense were all keys to the game that Lucas pointed to as necessary in order for the Bulldogs to come back with another road win.

“We play in Clanton this Friday night and we want our supporters to be there to support the kids,” Lucas said.