LaFAYETTE — More information has been released on the man arrested in LaFayette on charges of first-degree kidnapping and second-degree domestic violence by strangulation. 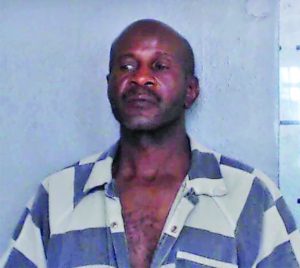 It was reported yesterday that John Finley was arrested by police officers on Friday, Sept. 14 after they responded to a call of domestic violence at Thomas Trailer Park. Police have added that Finley is 56 years old and a resident of LaFayette.

According to Sgt. White, the victim was in her 50s and placed the call after escaping from Finley, who held her against her will at a residence on 1st Ave. SE the night before.

“When the first officers arrived on the scene, Finley had just fled from trying to take control of the victim again at the location that the original incident happened,” White added. “As officers talked to her, they found out that she had been held against her will overnight and only escaped that morning.”

Officers interviewed the victim, quickly discovering what had taken place and that she had sustained injuries. She was treated at EAMC hospital in Opelika for several injuries, none of which were life-threatening.

An officer located Finley around the location of the initial incident and arrested him on the charges of domestic violence and kidnapping. He was taken to the Chambers County Detention Facility where he is now awaiting a bond hearing.