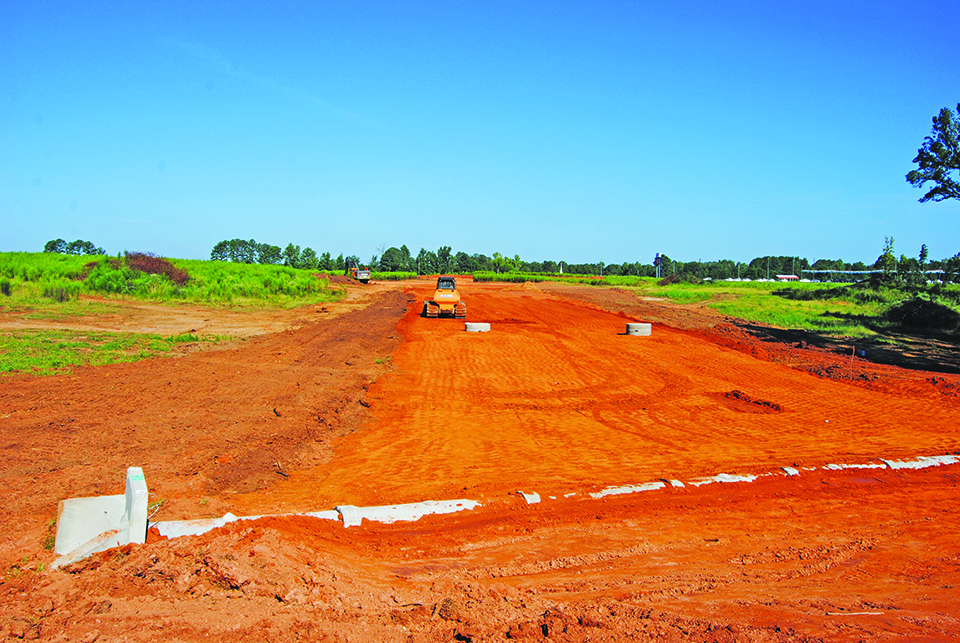 VALLEY — The Valley City Council on Thursday authorized Mayor Leonard Riley to secure a $6 million commercial loan and to apply for a USDA Rural Development grant. The mayor said it might not be necessary to have both.

The purpose of this is to build a water tower and water lines in Valley Industrial Park, to have a new sewer line from the industrial park to the existing East Alabama water treatment plant and to pay down a current bond owed to AuburnBank.

Riley said he asked for the council’s permission on these two actions in order to have some flexibility in taking care of these needs. According to the mayor, AuburnBank is offering a 15-year $6 million bond issue to get this done. The water tank and water lines would likely cost in the neighborhood of $2.7 million and the sewer line work $1.6 million. There would be a little over $700,000 to cover possible cost overruns and to do some paving in the city.

The council designated the new road being built in the industrial park as Four Star Drive. Already under construction, the road will provide access to the new Four Star Freightliner truck sales, repair and service center that will be in plain view of I-85.

Police Chief Tommy Weldon told the council that a green drug collection box was now in the lobby at Valley Police Department. It’s a collection point for unused prescription medication. On Oct. 27, VPD will be taking part in National Prescription Take Back Day. People who want to dispose of old prescription medicine they didn’t use can place it in the green box that day.

Chief Weldon said that he was pleased to report that the department has a new officer. Her name is Brooke Williams and she’s a graduate of Valley High and Point University.

Valley Parks and Recreation Director Laurie Blount said that the newly repainted gym was now open and that lots of events were taking place there now. An after-school program is meeting there now and the gym is being used by Point University cheerleaders, among other activities.

The council approved an ordinance to extend an annual lease at the Public Works Department building to the Chambers County Multi-Jurisdictional Task Force. This has been going on for several years now. The Task Force leases approximately 3,000 square feet of the building for $300 a month.

The rules were suspended, and the ordinance was adopted upon a first reading.

The rules were also suspended to approve on a first reading an ordinance for a land swap between the city and the Chambers County Circle of Care Center for Families. Planning and Development Director Travis Carter explained to the council that the Circle of Care will be moving from its present location in the Shawmut community to Medical Park. The Circle will be moving into an existing building formerly occupied by Dr. Dan Guin.

Mayor Riley said that the next council meeting would take place on Monday, Sept. 24. He reminded citizens that now is the time to buy cemetery plots in the city. On Oct. 1, they will double in price from $200 to $400.