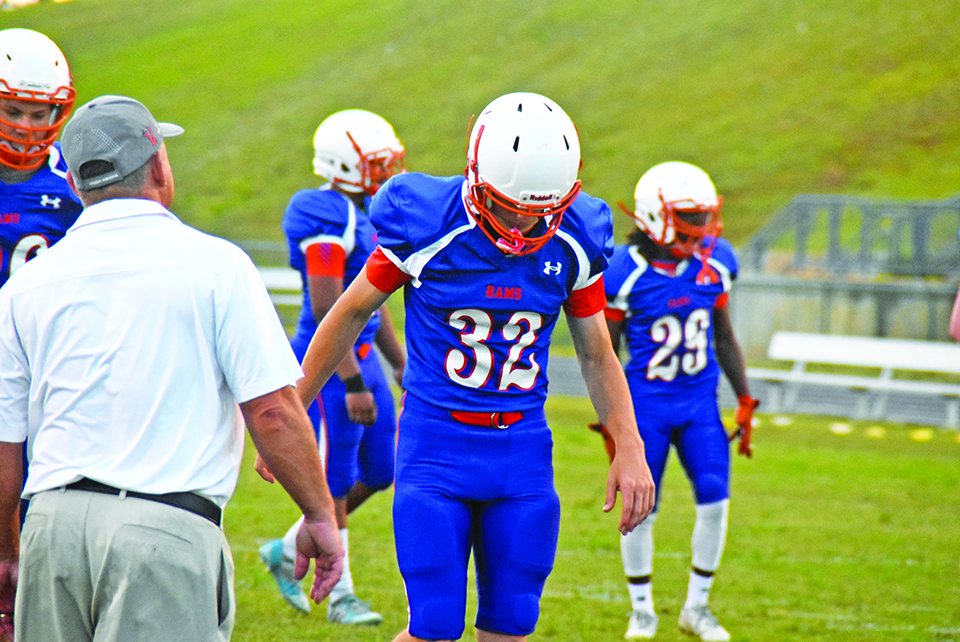 VALLEY — One week after experiencing an ecstatic high with a 28-22 win over defending state champion Lanett, the Valley High Rams were on the opposite end of the emotional scale with a 27-0 loss to the Smiths Station Panthers in a rain-shortened game at Ram Stadium. The game was called in the middle of the third quarter with the visitors in command by four touchdowns. The game was delayed when some heavy rain moved in. The storm had some potentially dangerous lightening with it and with the forecast having more rain coming in the decision was made to call the game at that point. “We didn’t play very well at all,” said Coach Buster Daniel. “They manhandled us.” The Rams will pick themselves up, and get back to work. Valley will be back at home with the first Region game versus Beauregard. The Hornets are 0-2 on the young season after having lost back-t0-back games versus Benjamin Russell and Eufaula to start the season. Smiths Station was 0-10 last season and has won only one game in two years, but they may well be the most improved 7A team in the state. They now 2-0 with wins of 28-9 over Russell County and 27-0 over Valley. They are off to a fast start under first-year coach Mike Glisson, a former assistant at Beauregard. Next week’s game will by Valley’s final home game for a while. They will be on the road for four straight weeks with games versus Greenville on Sept. 14th, Carroll of Ozark on the 21st, Marbury on Sept 28th and Tallassee, October 5th.