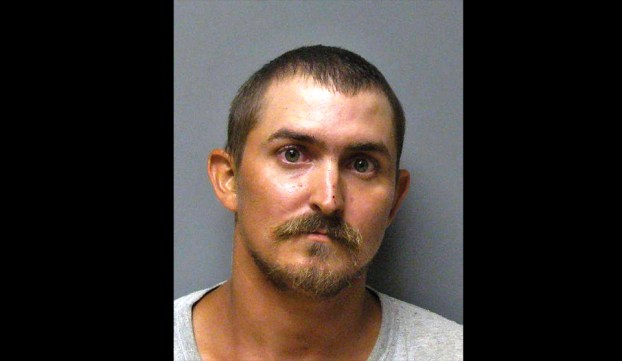 VALLEY — Officers arrested a Valley man Monday after he was identified by two victims for exposing himself and propositioning a minor for sex.

Police reported that registered sex offender Joshua Shaun Kent, 30, of Valley was arrested on one charge of indecent exposure, two counts of enticing a child and two counts of traveling to meet a child for an unlawful sex act, a class A misdemeanor, class C felonies and class A felony, respectively.

The initial incident leading to his arrest came on Sept. 12 when a 10-year-old female reported to resource officers at her school, which was left unnamed by Maj. Mike Reynolds of the Valley Police Department for privacy, that a white male in a black SUV pulled up beside her on her way to school and propositioned her for sex, police said.

He had done this two days in a row, the victim said, but when police waited to see if he would show up again he did not appear.

“The school was not very far from where she lives so the officers were stationed along the usual route that she took,” Reynolds said.

Four days later, on Sept. 16, a 24-year-old female reported that she was in the parking lot of the Chambers Square shopping center off 20th Ave. in Shawmut when she saw a male in a black SUV watching her, police said. She reportedly approached the vehicle and, when she got closer, could see a white male had his “privates” out and was “fondling himself” while staring at her.

The victim was able to get the license plate and tag number from the vehicle and Valley police developed a suspect, police said. Using this information, investigators showed both victims a photo lineup and they both identified Kent as the person they had seen.

Warrants were issued for his charges and Kent was arrested at his home Monday night at approximately 6 p.m. and brought to the Valley Police Department for processing. Police report that Kent was interviewed by investigators and taken to the Chambers County Detention Facility where he is now awaiting a bond hearing.

According to criminal records, Kent was previously convicted in Chambers County in June of 2009 for electronic solicitation of a child/computer pornography the previous year.

“It was 2008,” Reynolds said. “We were contacted by authorities in Florida and they were doing a sting operation where he had propositioned a police officer… who was posing as a minor. He did enough under Florida law for them to issue warrants.”

Reynolds said that Valley police arrested him in 2008 on a fugitive from justice warrant before he was extradited back to Florida on two charges of lewd and lascivious behavior and obscene communications/computer pornography.

‘Last of the Goodtime Summertime’ brings out crowd

VALLEY — To celebrate the end of summer and local artists, the Valley Arts Council held the “Last of the... read more