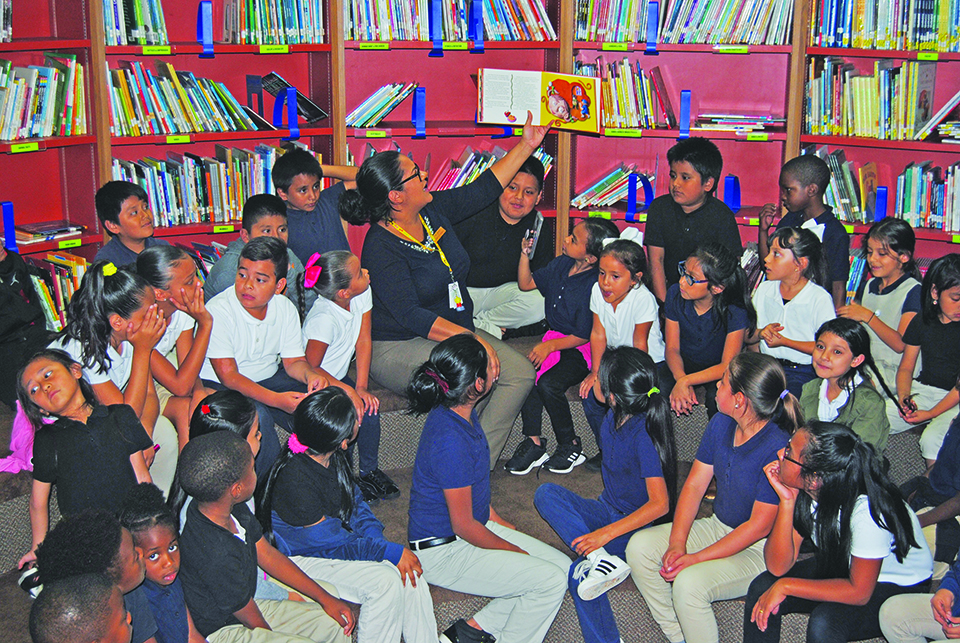 LANETT — The Latino student population has had a major impact on the Lanett City School System. It has been a significant contributor to an enrollment growth that has been going on in the system for the past six years. More students means more teacher units and a healthier system overall.

Tuesday was celebrated as Hispanic Heritage Day at W.O. Lance Elementary, the school where most of this growth has been taking place. More than 100 students, parents and teachers gathered in the school’s media center to recognize the contributions made by Hispanic and Latino Americans to U.S. culture.

National Hispanic Heritage Month is recognized in the U.S. each year from Sept. 15 to Oct. 15. This was signed into law by President Ronald Reagan in 1988. Sept. 15 was recognized as the starting point because it’s the anniversary of independence in five Latin American countries: Costa Rica, El Salvador, Guatemala, Honduras and Nicaragua. In addition, Mexico, Chile and Belize celebrate their independence on Sept. 16, Sept. 18 and Sept. 21 respectively.

Oropeza is a native of Mexico City and has been in the U.S. for 24 years. For the past 20 years, he has been the pastor at the First Hispanic Church of LaGrange, a Baptist congregation with approximately 140 members.

“We work with needs throughout the community,” he told The Valley Times-News. “We’d like to start something in Lanett.”

Oropeza said that he’s thoroughly enjoyed being at W.O. Lance the past three years. The students lovingly call him “Mr. Hugo.”

During a PowerPoint presentation, he led everyone in the room in singing the Spanish language classic song “Ay, Ay, Ay, Ay!,” noting that the melody is beloved in both Europe and the Americas. Whenever it’s sung in soccer stadiums with massive crowds everyone joins in to sing it. The song dates to 1913 when it was written by Chilean composer Osman Perez Freire.

Reyes told the children that people of Hispanic heritage have been successful in all walks of life. Some have been teachers, scientists, doctors and some have gained fame as sports stars, elected officials and TV/movie stars.

“Your children are so smart,” Crance told the parents. “We love having them in the media center. They have really taken to our bilingual section, where we have books both in English and Spanish.”

The program continued with Reyes reading one of those books entitled “The Dog who Loved Tortillas.” It’s about a brother and sister named Diego and Gabriella who adopt a pet dog they name Sophie. They quickly learn that Sophie loves tortillas and can be taught tricks to get them.

The children loved the part conducted by Crance and Horton. It was taken from the traditional Mexican Christmas celebration when youngsters punch open a piñata for gifts to fall on the floor. On this occasion, two grocery bags were filled with candy and the children took turns hitting them with sticks until they were broken open.

The candy was then collected and given away after everyone had a meal of nachos and cheese.