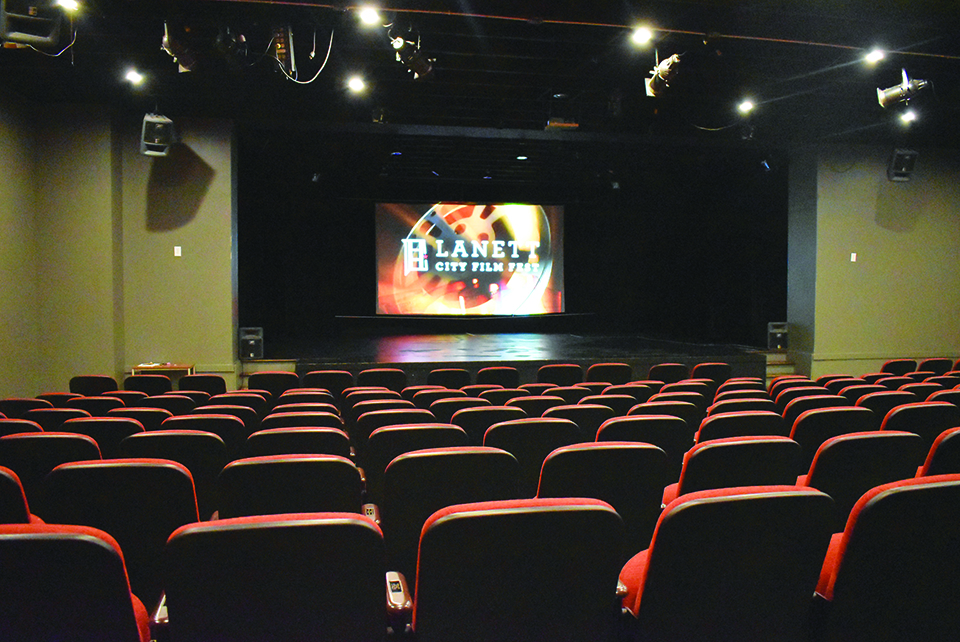 LANETT — Enrique Rico Diaz has helped create a number of short and feature-length films, even producing the 2017 Emmy-nominated film Dekalb Elementary. Mostly working as a producer, Diaz could be seen on the streets of downtown Lanett and West Point over the weekend promoting his upcoming film, Jeremy, at the Lanett Film Festival.

Diaz said that while the film is not yet completed, the footage he was able to show at the film festival acted as a “proof of concept.” The renovated New Horizon Theatre screen was the first time Diaz was showing off his work, something he said helps him better create the final product.

“When you screen in front of filmmakers, they are really looking at the technical aspects,” he said. “The bottom line is, when you go to a different venue in a different place, you really get to see what kind of value your film has.”

It was the film festival’s second year of existence, and was also Diaz’s second year in attendance. He said that movie-goers in a small town like Lanett and West Point are able to provide opinions, share values and give feedback that nowhere else in the country can.

“In an area like Lanett you get the opportunity to be exposed to different films with different viewpoints, different styles of filmmaking and you get to see that excitement,” he said. “What is great from the small town perspective is that you get to see experimentation. It also brings films that may not be seen anywhere else.”

Originally in the U.S. Marine Corps before working in film, Diaz said it is in the smaller towns that he has visited that the best ideas and set pieces for films come. With a smaller audience size and so many films being shown at once, Diaz said he enjoys festivals like these because of their ability to get out of the “formulaic” nature of Hollywood movies.

Overall, to Diaz and event organizer Eric Wright, the film festival was a success. Up in ticket sales from last year, Wright said that there was around 50 people that came through different movie time slots, short films and Q&A sessions with the filmmakers.

“There were several things that were better this year,” he said. “We were a lot more prepared this year and had a lot better technology to run it. Overall, we had much better films, scheduling was better, communication with filmmakers was better.”

Wright noted that the festival may have been hurt by the area’s affinity for football. Having the show times during high school games on Friday and college games on Saturday, he thinks that by moving the festival dates next year, the three venues will see even more people come by.

“This year went amazing,” Wright said. “Better than we could have hoped. Next year, as we continue to grow the festival and continue to do more things I know it is going to be great. I can’t wait for next year.”

The tallied votes for best film of the festival are not yet counted, but Mayor Kyle McCoy is expected to finish that task next week.

As for next year’s festival, Wright said the real planning for that starts next January, but that he already has plenty of ideas for how to make the Lanett Film Festival 2019 even better.