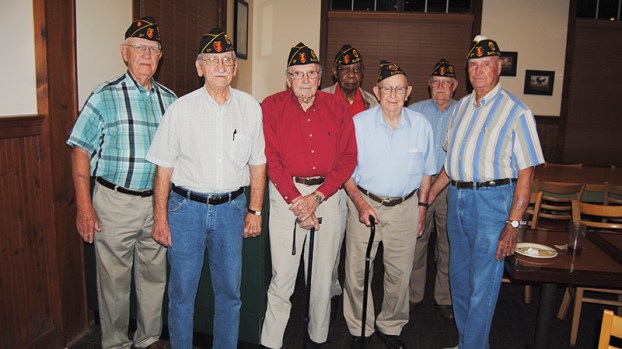 VALLEY — American Legion Post 67 met Tuesday evening to decide final plans for this year’s Veterans Day program at Veterans’ Memorial Park. In most years, the local post hosts an 11 a.m. program on Nov. 11 to commemorate the armistice that was signed to end World War I. Today’s Veterans Day tradition began at that time. In the early years, it was called Armistice Day to honor those who had served in the Great War.  It later became Veterans Day to honor U.S. soldiers.

This year is the centennial year for that first armistice day, but with the day falling on a Sunday, the national holiday will be celebrated on Monday, Nov. 12.

Post 67 will be having its Veterans Day program at 11 a.m. that day.

Everyone is invited to take part in the program with a special invitation for local veterans to be part of it.

“Veterans Park is hallowed ground to us,” said Post Commander Lanny Bledsoe. “It’s where the monuments are that contain the hames of the young men who grew up here, went off to war and never returned. Each one gave their life for their country. That’s something all of us should honor.”

Bledsoe said it was his goal to call attention to the monuments and for people to appreciate Veterans Park as a special place to come to and to read the names on the memorials.

At the Nov. 12 program, wreaths will be placed at each monument. Local WWII veterans are being asked to place the wreath at the WW II memorial, which contains the names of young men who died in the war. Bernard Paschal has agreed to take part in it.

“Our Ladies Auxiliary will have a part in the program,” Bledsoe said. “We want to thank them for what they do for us. I know you all put in lots of legwork in going to the veterans hospitals and veterans homes. They were very active in sending care packages to the troops when the wars in Iraq and Afghanistan were hot.”

In the event of bad weather, the Veterans Day program will be moved indoors at Valley Community Center,

“We had our Memorial Day program there in May, and it went really well,” Bledsoe said. “We had a big crowd that day.”

To commemorate the 30th anniversary of the Tet Offensive, Vietnam veterans were asked to speak and to discuss their experiences in the war.

Bledsoe said that an invitation is there for all local veterans to join Post 67 and to become active in supporting veteran’s issues.

“We’d especially like for younger veterans to join,” he said. “We don’t know what would happen locally on Memorial Day and Veterans Day if the current membership wasn’t around to organize these programs and carry them out.”

There’s a need, he said, for younger men who can take up the torch.

“We think we have been doing some good things on behalf of veterans,” Bledsoe said. “Our Day for the Veteran program we have in July offers a means for veterans to get in touch with key people who can help them with the benefits they have earned.”

One possible way to boost local participation is to have membership transferred to Valley from Montgomery. Post Adjutant Bobby Elliott said that a number of veterans who live in the local area have Legion membership by joining at the state level. This puts them in Montgomery, where they would seldom, if ever, attend meetings. By transferring that membership to Post 67 in Valley they’d have the opportunity to attend monthly meetings, network with local veterans and learn about issues affecting veterans.

Bledsoe said that this year’s annual Christmas dinner would be held on Thursday evening, Dec. 13 at the Langdale Methodist Church family life center.

WEST POINT — After a months-long investigation, West Point police have arrested a Lanett man for attempting to rob and... read more